It’s the possibility, of having a dream come true, that makes life interesting – The Alchemist, Paulo Coelho

As the boy is about to embark on his journey Melchizedek told him a story about a man who had spent years of his life looking for precious stones, and he was about to give up at the point where if he looked at one more stone he would have found success. Life is designed to test our staying power, if we believe in our dreams we need to be persistent enough to see them through no matter how long they might take to materialize.

A famous motivational speaker told a story about a boy who wanted to become a success so he went to a guru so he could teach him how. The guru took him to the beach and beckoned him to get into the water until it almost covered his head. The guru then held his head down under water and then asked him how he felt when his head was held underwater and the boy said the only thing he wanted to do was breathe. And so the lesson was if you want success as bad as you want to breathe you will get success because you are willing to do whatever it takes to get it. 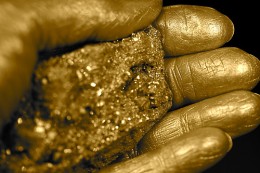 According to Google an Alchemist is the medieval forerunner of chemistry, concerned with the transmutation of matter, in particular with attempts to convert base metals into gold or find a universal elixir. What I got from that is this is the kind of person that can turn a worthless material into gold. In daily life we have alchemists like Michael Jordan who have the ability to turn a worthless basketball into millions of dollars just because it has come in contact with them. A piece of material worth $10 in the hands of ralph lauren can turn into something worth hundreds. Each and every person when they use their talents and abilities and develop them can become the Alchemist so find out what you like doing and what you are good at and start practicing Alchemy.

Related Article
Subpersonalities: The Enemies Inside Your Mind 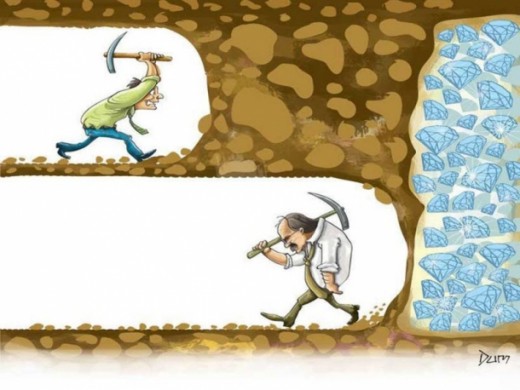 The parable of the wise man in the book is the story of a young boy who in search of the secret of happiness went to see a wise man. He waited and when it was his turn to see him he gave him a task to go and see his palace while he was holding a teaspoon with drops of oil in it. When the boy came back he still had the oil in the spoon but he was so focused on it that he didn’t see a thing. He was sent out a second time and when he cam back this time he had seen everything but he had lost the oil.

The secret of happiness is therefore to see what is around us yet at the same time taking care of the drops of oil in the spoon. Although it is good to work hard and keep focused we should also have time during our journey to stop and smell the roses to see life and experience it as it happens around us. In the same way we have to take care of business and not spend all our time smelling the roses.

4. How to be successful

The boy had a couple of setbacks along the way, he had his money stolen and he had to work in a crystal shop for a while. On his departure he had a profound revelation that although he after a year had not reached his treasure he was one hour closer to it than when he had started. While on the journey to the pyramids they had to stop by the oasis because of the war. Usually in life things don’t go according to plan and our desires seemingly delay in being fulfilled but as one person said never mind how long it will take you to accomplish your dreams the time will pass anyway. Each of these detours despite how frustrating and discouraging they were made the boy discover more about himself, his potential and the world. Similarly in our journey these detours in life will also teach us something about ourselves and others and this knowledge might be potentially helpful in our path.

5. Don’t quickly dismiss other people they might be your stepping stone to the next level

I hate to think what the boy would have missed if he had been rude to the old king Melchizedek or if he hadn’t taken time to listen to what he had to say. Life throws in our path people that help us to move along or that point us in the right direction. I believe that no matter who a person is or their appearance, be it a homeless person in the streets or a well dressed business man, each individual’s path has taught them lessons that they could potentially pass on to you if you would just remove all your preconceptions and listen to their story and what they have to say about life.