Black cats have been the centre of controversy, superstition and symbolism since ancient times.

So, in this article, I’m going to reveal the truth about black cats and the healing effects of them in spirituality.

So are cats on the side of good or are they the harbingers of bad luck? Well, it all depends on your beliefs and the culture you follow.

Pagans were over-reliant on the powers of witchcraft and often had associations with black cats.

Some people also believed that the sacrifice of a black cat was an essential ritual in witchcraft.

These women lived like hermits, with cats as their only companions. They were blamed for any tragedy that befell on a neighbouring village, especially if they had a black pet cat.

Many people also believe that a person’s death is inevitable if his or her deathbed has a black cat sitting on it.

But, after the age of enlightenment, all these myths and mysteries were debunked.

Nowadays, you can adopt black cats from your local shelter, and no one will denounce you of witchcraft.

In spirituality, however, black cats hold a special place. They are considered as kindred spirits with immaculate healing powers.

The God of Sun Ra had a celestial cat that battled ferociously against the darkness of the night. Egyptians used to treat black cats as royalty.

A cemetery discovered by archaeologists contained thousands of mummified cats. In Egyptian law, killing a black cat was punishable by death.

The Egyptians held the black cat in high esteem. They thought it had the ability to navigate the Night with profound mastery. Some even deemed it as a creature of afterlife.

In some countries, a bypassing black cat is supposed to bring you good luck.

A Finnish superstition claims that black cats the carrier of souls to the afterlife.

The Celts believed black cats were oracles, who could predict and prophesize with uncanny accuracy.

So, in the end, it all depends on the culture you follow. But if you’re a spiritual person, you’d like to read the next thing I’m going to elaborate on.

Black Cats in spirituality and totem

Also, their personality is enigmatic.

If you have a black cat as a totem, it can protect you from evil presences, especially apparitions and ghosts.

If a black cat has been keeping watch outside your home, then it’s probably shielding you from spirits.

Also, if there are people who are trying to bring you misfortune and tragedy, they act as protectors of your family and your house.

They have an exemplary sense of sight and smell. Some say that they’re even better protective pets than dogs. 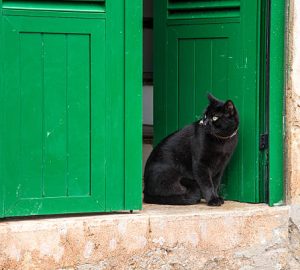 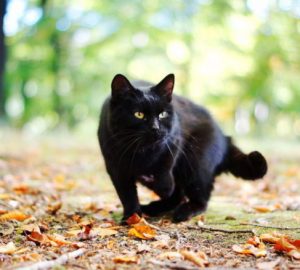 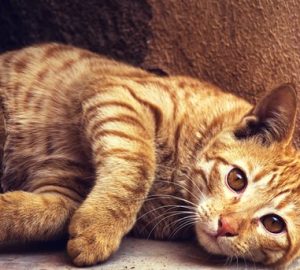 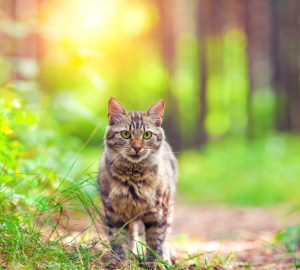 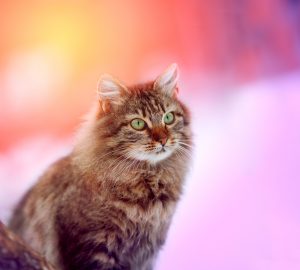 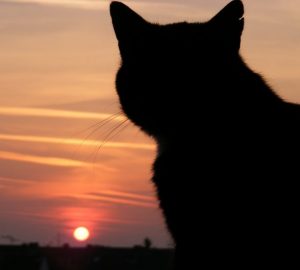