The Blue Ray Children are a soul group like the Crystal, Indigo, and Rainbow Children.

They are the overlooked saviors of humanity whose mission is to heal and raise the vibrations of the entire Earth.

However, many are mistaken for Indigos, and it takes them longer than others to realize their true identity.

This delay doesn’t stop them from knowing their mission, though.

But they are the precursors to the other groups, laying the groundwork for their missions as they all work together towards the common goal of enlightenment for humanity.

The idea of Blue Ray comes from a book called Notes On The Cosmos by leading psychic and author George Michael Scallion.

Scallion described this soul group as laying the groundwork for the other root races like the Crystals, allowing them to take on their roles as teachers in spiritual matters.

According to Scallion’s revelations about this powerful precursor soul group, they develop faster than the other groups. 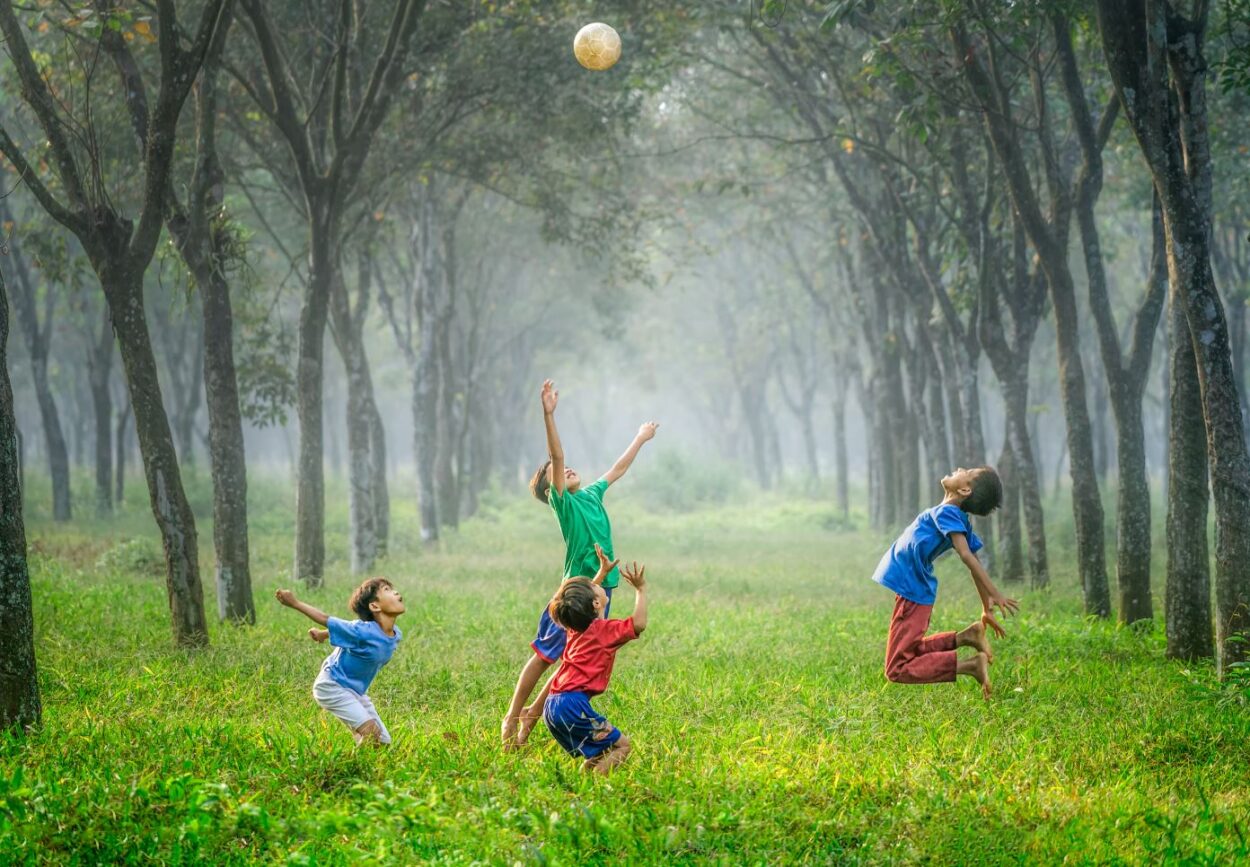 From a young age, they can teach others, often reaching spiritual maturity in their teens.

He also described the characteristics of this powerful soul group.

The signs are similar to that of being an Indigo.

The two groups are close in color because their vibrational energy resonates almost simultaneously.

The proximity of the Indigo and Blue at this time represents a vibrational shift as humanity awakens.

But some subtle differences give it away:

Blue-ray children are highly intuitive people. They can read other people’s emotions and understand what they feel even if they don’t say it aloud.

This intuition also extends to animals, and Blue-ray children have been known to be able to communicate with them easily.

They are also very sensitive to the energies around them and can pick up on negative vibes quickly.

This means they can get drained easily if surrounded by negativity.

They have perceptions that go beyond the physical world and can see things others cannot.

This includes auras, energy fields, and even beings from other realms.

4. In tune with emotions

They are in tune with their own emotions as well as the emotions of others.

This can make them seem like they are wearing their heart on their sleeve, but it also allows them to be great healers.

Their creativity knows no bounds, and they always come up with new ideas.

This creativity can be expressed in many ways, such as through art, music, or writing.

Blue-ray children are passionate people who feel things deeply. This can make them seem intense to others, but it also gives them a lot of drive and determination.

They are also very strong-willed and can be quite stubborn. This is because they know what they want and are not afraid to go after it. 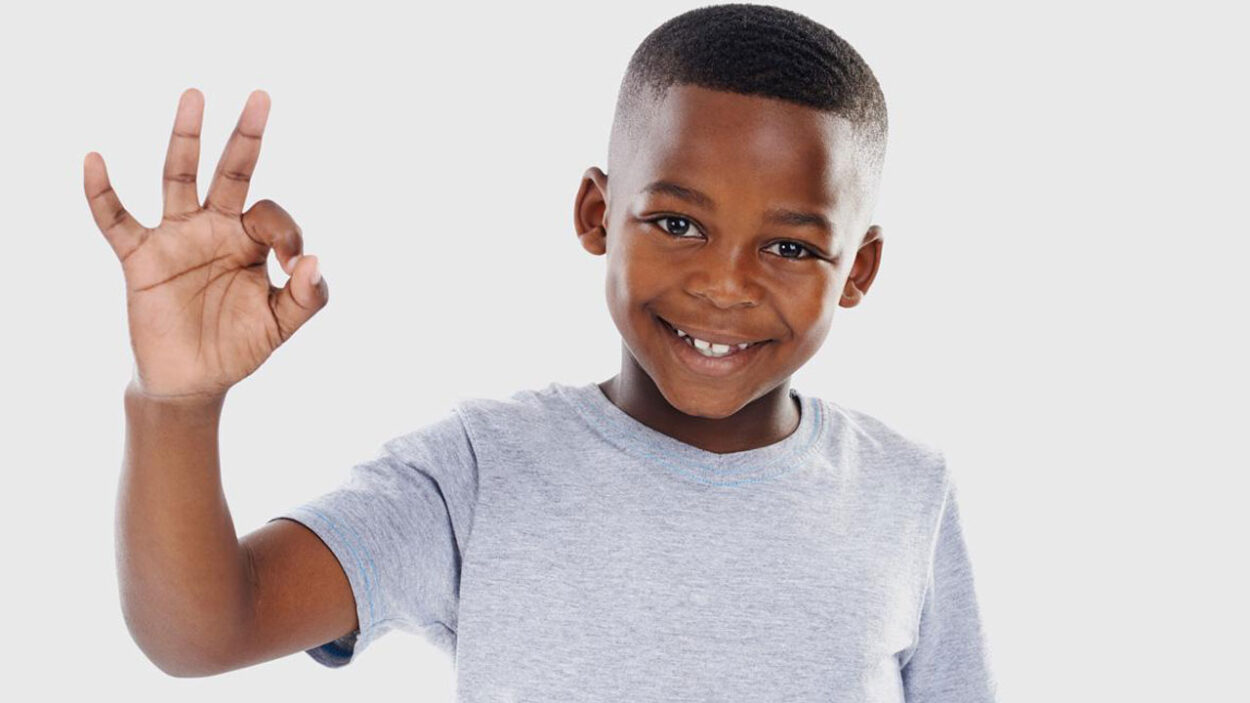 They are confident in their abilities and are not afraid to put themselves out there.

This can sometimes come across as arrogance, but it is a sign of their inner strength.

They are also self-assured and know that they are capable of anything they set their mind to.

This makes them natural leaders and often drawn to positions of power.

Blue-ray children are very independent people. They like to do things their way and are not afraid to go against the grain.

They also have leader-like qualities and are often drawn to positions of authority.

This is because they are confident in their abilities and have a strong sense of self.

Although they are children, Blue-ray children can often seem like old souls.

This is because they are wise beyond their years and deeply understand the world.

13. May have precognitive abilities

Some Blue-ray children also have precognitive abilities and can see into the future.

This means they often know things before they happen and can be very insightful.

This is because they are here to help the Indigo children with their mission. Like all the other root races, they have a sense of their mission here on Earth.

Telekinetic powers come most naturally to this soul group, with most discovering these powers in their teens and developing them as they grow into adults.

Unlocking these powers will help them with their soul mission on Earth.

Both are helping to heal humanity and its genetic code to raise the vibrations and bring enlightenment and ascension to the people of Earth.

Starseeds are beings that have come from other planets or star systems to help with humanity’s spiritual evolution.

They often possess advanced knowledge and wisdom, and their mission is to help others remember who they truly are.

Blue Ray Starseeds are some of the universe’s most powerful and enlightened souls.

They are natural healers

They are natural healers and often strongly connect to the healing arts.

Most often take on work in the medical field or in some capacity that helps others.

They have a deep connection to the spiritual realm

Blue-ray starseeds have a deep connection to the spiritual realm.

The color blue is often connected to healing and spirituality, and blue-ray starseeds often deeply understand these concepts.

They are highly intuitive

Blue-ray starseeds are highly intuitive and have a strong connection to their intuition.

They often trust their gut feelings and inner guidance more than anything else. 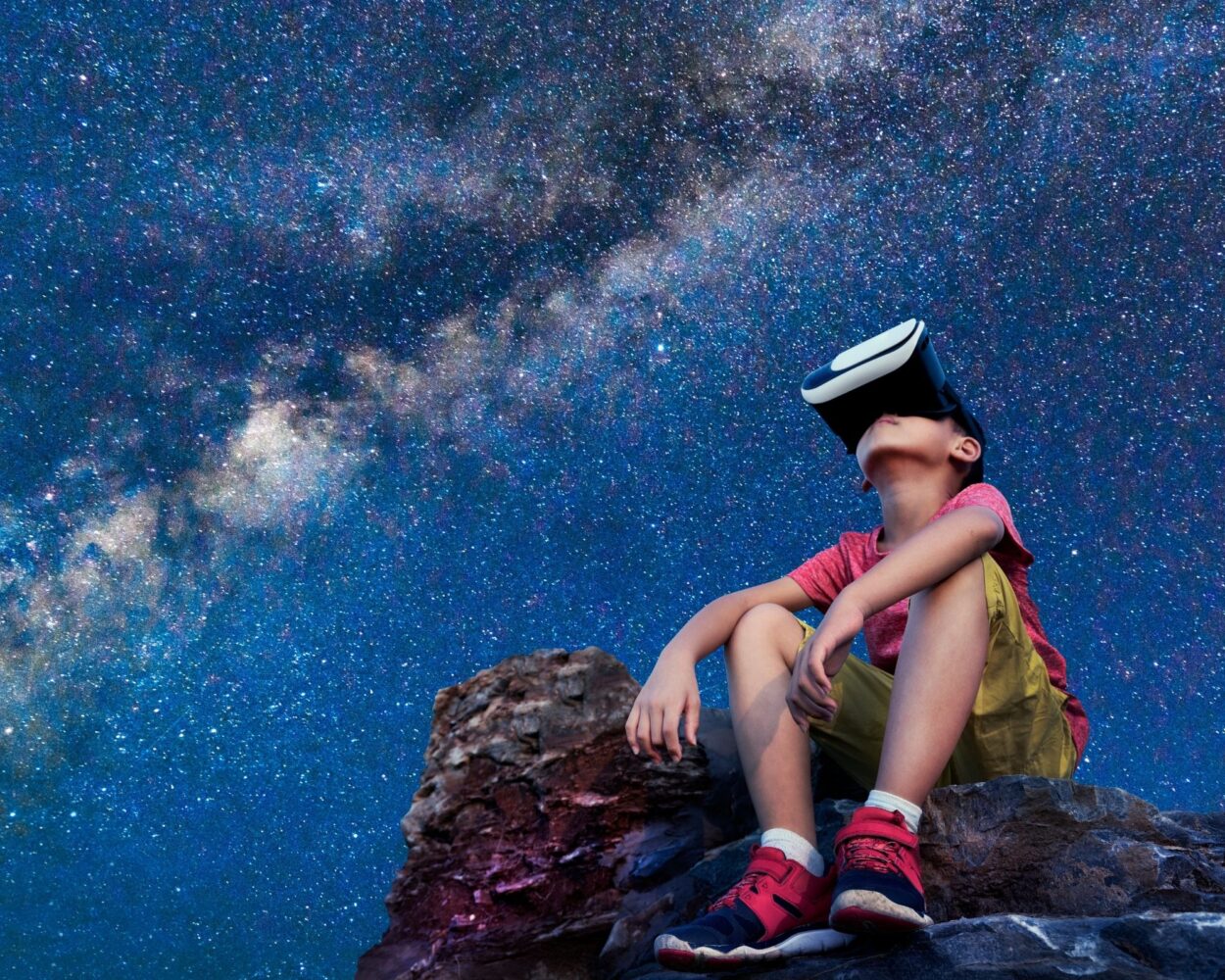 They often feel like they don’t fit in or belong here on Earth.

This is because they are not from here.

Their soul origin is elsewhere, and they often feel strong homesickness or longing for their true home.

Blue-ray starseeds are here to help heal the planet and raise the vibration of humanity.

They are often lightworkers, working hard to make the world a better place.

If you suspect that you or your child may be a blue ray starseed, there are a few things you can look for to confirm it.

One is an interest in or connection to the spiritual realm. This could manifest as a keen interest in mediation, energy healing, or working with crystals.

They may also have a strong connection to nature and the animal kingdom.

They may feel drawn to helping others in any way they can, whether through volunteering, counseling, or simply being a good listener. 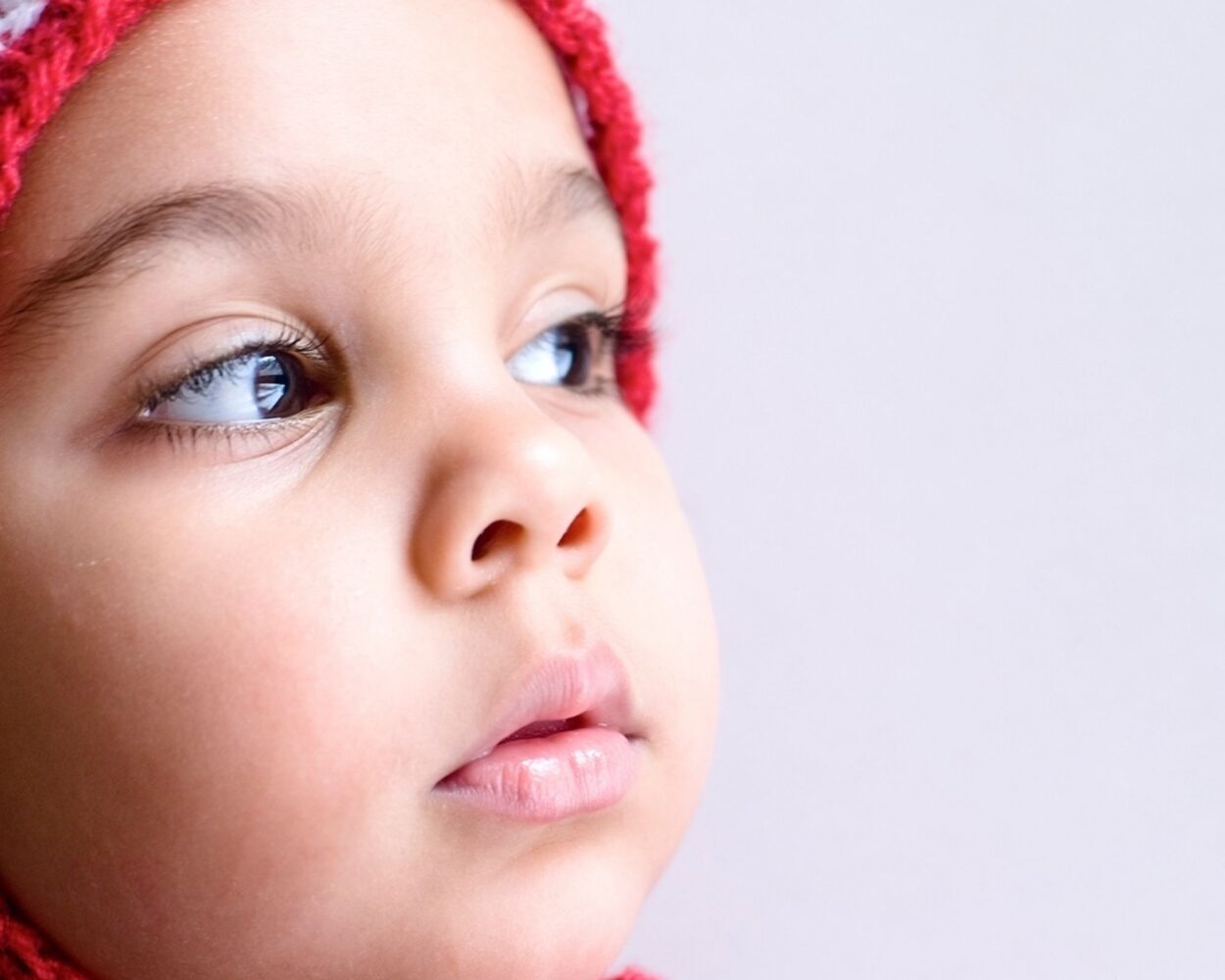 Q. What are blue-ray children?

A. Blue-ray children are a new generation of highly sensitive and intuitive beings here to help humanity evolve and heal.

They are often mistaken for indigo children, but they are a different sub-group of indigos.

Q. What sets blue-ray children apart from other indigos?

A. Blue-ray children are even more sensitive than other indigos and have an innate understanding of energy and vibration.

They are also very empathic and can often sense the emotions and thoughts of others.

Q. What is the purpose of blue-ray children?

The purpose of blue-ray children is to help humanity evolve and heal. They often work as healers, counselors, artists, and teachers.

Q. How can I support a blue-ray child?

A. If you know a blue-ray child, the best way to support them is to let them know that they are not alone and loved.

You can also help them find their purpose in life and stay connected to their spiritual guidance.

Q. What should I do if I think my child is a blue-ray child?

A. If you think your child is a blue-ray child, the best thing you can do is to support and encourage them.

Help them find their purpose in life and stay connected to their spiritual guidance.

You can also find more information and resources online or in books about blue-ray children. 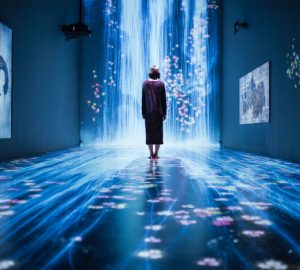 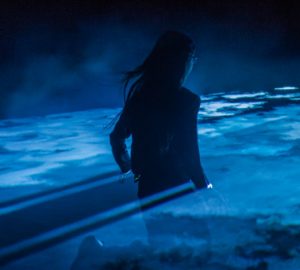 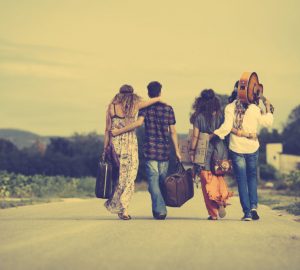