In a workplace, office gossip and gut instincts of girls quite easily open the curtains on the concealed feelings of guys. However, the mysterious and reserved guys are a hard nut to crack.

Their behaviour always gives mixed signals that keep you guessing. If you’re concerned that you’re misinterpreting the feelings of a coworker, don’t worry. We’re here to help you out.

The eyes are a window to your soul; they give you away. One of the most obvious signs of male interest is sustained glances.

Many a time, you catch a colleague staring at you while you’re supposedly “looking away’’. Males, especially in an office setting, stare at their female coworkers, when they’re curious about them.

Studies have shown that men who have a serious interest in a girl maintain eye contact a tad longer than they do with someone who they just consider as “friend material”.

So, if you catch him glancing at you while you’re “absorbed in work”, it means that he likes you. It’s not going to take him long to ask you out.

Guys love to induce laughing fits in girls. Humour, whether it’s a defence mechanism or a divine gift, has been used by men to woo women since ancient times.

Its application has drastically increased in the 21st century. Men who like a woman will manufacture all sorts of weird, even awkward humour, just to win her interest.

So, if he’s always smiling and joking around you, it’s a subtle sign he has a thing for you.

Pupil dilation is a direct result of the surge of Adrenaline hormone. Men, who are in a “fight or flight “situation have increased blood supply to their eyes.

Interestingly, this is a body’s way of saying that it’s wholly immersed in a circumstance or a person.

So, if a coworker has his pupils dilated while he’s interacting with you, it means that you have his undivided attention.

And, men don’t give you their undivided attention if they don’t really like you.

Everyone craves physical affection. And more so from people, who one is really interested in. If a guy continually touches your hands or your knees, then he wants to get close to you.

He will also show other physical signals, such as running his hands through his hair and rolling his shirt’s sleeves up, just because women find these behaviours of men sexy.

Trust me; he’s not doing this unintentionally.

Signs he secretly likes you

When a guy likes you, he stutters or gets nervous while talking to you. Sometimes, you captivate him so much that he has a hard time finishing a single sentence.

Guys get lost in the eyes and other physical features of their crushes when they’re talking, which leads to jumbled up words and lack of verbal concentration.

He always has time for you

Even if he’s buried in office work, he’ll somehow make time for you. He doesn’t shut you down straight away when you ask him for a favour or need help.

He does whatever he can to spend some extra time with you, even if it comes at a hefty price.

He Values your Opinion

He values your sentiments and always considers your opinion before making important decisions. He involves you in his personal life and tries to be frank with you.

If he gets a new haircut or buys a new car, he’ll want to know what you think about it. There could be dozens of people in the office, but he still values your thoughts and opinions the most.

Whenever you have lunch together or go shopping, he always insists on paying the bill. Trust me; guys almost always hesitate to waste their money on others, even if it’s a close friend.

So, if he’s willingly emptying his pockets for you, you’re someone really special to him.

How to tell if a guy at work is interested

Workplace romance is one of the cutest things ever. It gives rise to the most gripping love stories of all time. When guys are interested in a girl at work, they go out of their way to win her heart.

They get jealous when she goes out on a dinner date. They compliment her whenever she wears a new dress or changes her hairstyle.

They share her workload. They insist on paying for her lunch. They never miss an opportunity to ask her out.

There are many ways to tell if a male coworker likes you. One of the most obvious reasons of interest is curiosity.

If he’s curious about your interests, thoughts, personal life etc. he’ll find ways to become an active part of your life. All you have to do is notice his subtle approaches.

Subconscious signs a man likes you

Men reveal so much because of their subconscious actions. It’s as if they’re programmed to behave a certain way when they have a thing for the opposite sex.

That’s why it’s so important to know these subconscious signs. It can quickly help a girl to crack the code on a particular guy.

He Inquires about your Relationship Status

“Are you having lunch with your boyfriend today?” Questions like these mean that he’s trying to ask you if you’re in a relationship or not.

In his subtle ways, if he asks you if you have a partner or not, then it means that there is a subconscious interest brewing in his mind.

If you tell him that you’re not currently with anyone, he’ll breathe a sigh of relief, even though his facial expressions show otherwise.

He gets instantly jealous when you talk about a celebrity crush or your infatuation with someone from work. It bothers him that there are others who interest you.

He’s your Friend in Time of Need

At times, when you feel depressed or lonely, he’s always there to give you a warm hug. Deep down, he’s actually happy that he got the chance to be close to you.

When guys really care about you, they go above and beyond to elevate your mood.

He’s Original and raw around you

He’s an entirely different person around you. Everyone might have a different perspective about him, but you know a side of him that he only chooses to reveal to you.

He talks to you about his emotions, ambitions, interests, future plans and so much more. 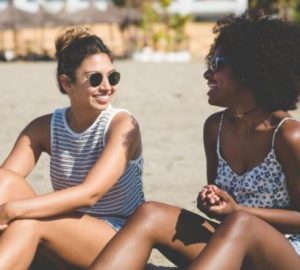 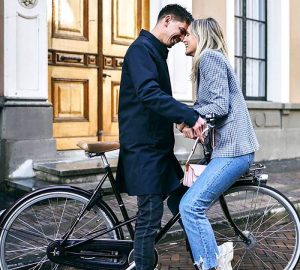 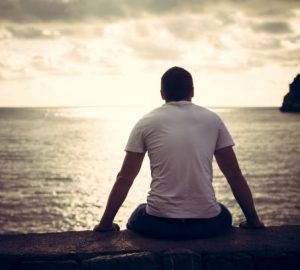