If you have ever felt spiritually connected to the universe then you may wonder if that feeling is “all in your head” or whether it has true meaning.

The truth is that we all have this kind of connection. Not everybody feels it – and very few people feel it all the time! – but it is always there and has been for a very long time.

Our connection to the universe runs far deeper than you might know. It runs through the physical stuff from which we are all made and the energy that underlies it all.

In fact, every part of you that exists now has existed since the beginning of time. They have existed in their current forms for eons, created in a supernova – the explosion of a star.

The Stuff Of Stars

On the simplest level, pretty much everything you can see around you right now is made up of the same stuff.

Very few types of elements exist in any noticeable amount here on Earth.

In fact, our planet and everything on it is pretty much Nitrogen, Oxygen, Hydrogen and Carbon. There is only very little of everything else.

Our star, the Sun, is made up entirely of mostly Hydrogen and some Helium, but our star is not very big compared to others in the galaxy.

Much bigger stars exist and have existed all over the place, and the biggest ones are responsible for making all of the other elements that exist here on Earth and everywhere else in the cosmos.

When those stars burn through their fuel, they explode in a supernova.

All those particles they fused together on the inside get sprayed out in all directions and end up all over the place.

Some of those particles from some of those explosions arrived here on Earth and exist within you. 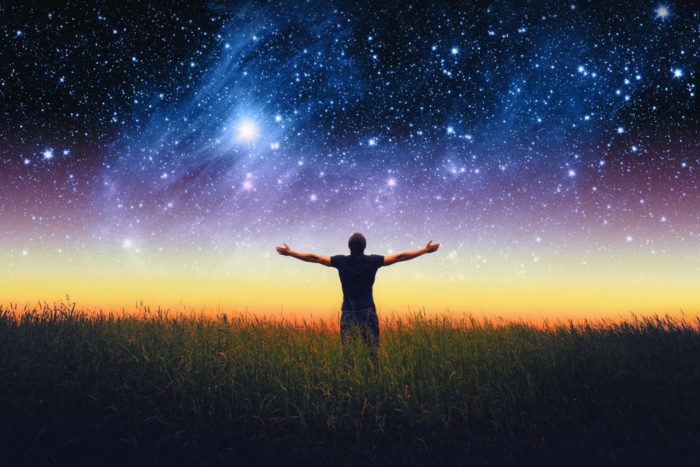 Is it any wonder you feel a connection to the wider universe? It is literally a part of you – every part of you, in fact – so you are connected on the deepest physical level.

But this birth from the stars also gives you an energy connection.

Those particles are so closely tied to each other inside the heat and pressure of a star that they become energetically intertwined.

Scientists call it “quantum entanglement”, or “spooky action at a distance”.

The particles from the stars get thrown in every direction but they remain entangled, influencing each other in subtle ways even though they are often millions of light years apart.

The connection between the particles born in stars does not fade with distance in space, but rather distance in time.

The natural deterioration of the connection means that, as you are reincarnated from lifetime to lifetime, you do not carry the same level of connection with you.

The entanglement gets weaker, and so does the feeling of being part of something much larger than yourself.

Therefore, it is so important for us to consciously stay spiritually connected to the universe, as otherwise this vital link to creation will be lost.

What would this mean for you?

It would mean that you would be unable to tap into the oneness of the universe, unable to ride the flow of energy that allows the fully conscious mind to hear the wisdom of existence.

Our unique abilities as beings of love and light would be forgotten, lost to the sands of time.

Or, at least, close to lost.

Evidence That You Are Spiritually Connected to The Universe

There are subtle ways that we can see these connections that exist through every one of us. We come across them every day.

Have you ever noticed the universe sending you a sign? You probably have, though many people disregard them and assume it’s all in their head.

They can be small things like number sequences that you notice everywhere you go.

Some numbers have specific meaning that you can interpret as a “message” of sorts, but others present to you just to draw your attention to certain aspects of your life.

For instance, the number 11 has long been known to represent partnership and romance.

Other signs can be far more significant and obvious.

There are many accounts of people who barely escaped danger because they noticed a pattern or had a “gut feeling” that something wasn’t right.

You might have experienced this when you have met someone for the first time and, despite them seeming nice you had a bad feeling about them. Later, as it turned out, they were not so nice after all.

Déjà vu is probably the most common and known about sign.

This is when a memory from a past life makes a brief appearance in your mind, usually to draw your attention to something or deliver a warning.

And when the universe speaks, you should listen. 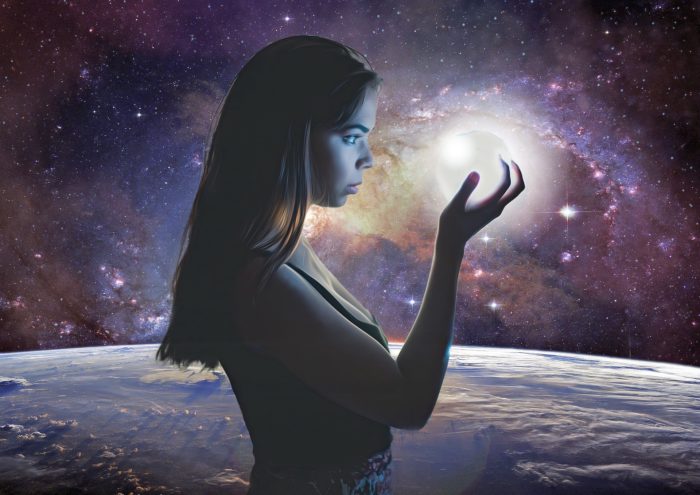 Taking Advantage of Being Spiritually Connected to The Universe

Of course, communicating with the universe is not a one-way street. It is a part of you, and you are a part of it.

When it speaks, you should listen.

When you speak, it hears you.

It pays to take the time to speak your mind, to tell it what you want and how you plan to get it.

By doing so you help to bring your desires into the world.

This is called manifestation and it is core to your spiritual connection with creation.

By nurturing your connection, you increase your energy flow with the world around you, helping to shape it with your will.

Remember that this works both ways – when you act with negative energy you bring negativity out in your environment.

But when you embody positive energy and apply yourself to being and doing good there is positive feedback from the world around you.

This is the basis of karma – that you reap what you sow.

So, take a minute every day to speak to the universe and watch as your words ripple through the energy fields and find themselves manifest in the world.