The lavender aura accompanies those souls who are innocent, childlike and fanciful.

There is something special and unique about the lavender aura, so much so that it is often effortless even for the untrained aura reader to see this aura. It is the aura that shows itself most obviously in a person’s character and mannerisms.

So what does a lavender aura tell us about someone’s personality, and what kind of traits do Lavenders usually show?

When we are children, we are prone to constant flights of fancy. One moment we are playing cops and robbers, the next we are fighting an evil wizard who lives in the garden shed.

People who develop a lavender aura leave childhood behind, but they continue living in fantasy worlds.

They are prone to daydreaming and love to play, even when adult responsibilities need to be shirked to do so. As a result, they can seem irresponsible and often have trouble holding down a job or otherwise supporting themselves. 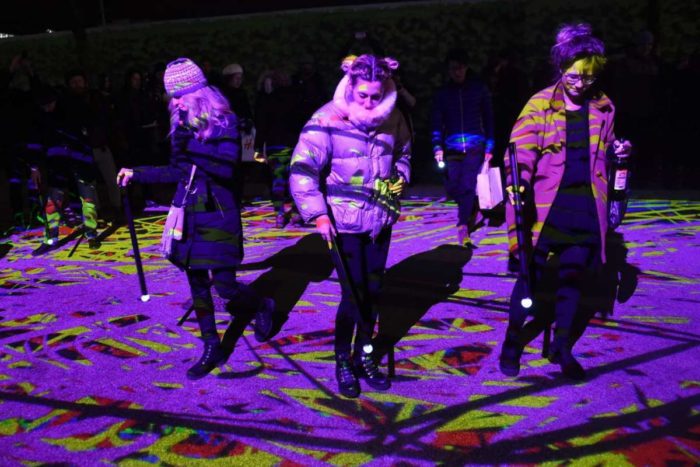 For the Lavender, those adult responsibilities are silly and pointless. It is because they don’t fully live in the same world as us, being so busy with the other worlds they have created.

But this way of being has its upsides. Artists and entertainers can benefit from a lavender personality, and many people find the care-free attitude of Lavenders to be incredibly charming.

Those possessing a Lavender hue also have a powerful intuition, which is a side effect of being particularly well attuned spiritually.

It means that Lavenders are often very caring and kind, making for an excellent friend when you need a shoulder to cry on – though of less help when you need something more tangible.

As a result, Lavenders have great potential for spiritual growth.

Their intuitive nature helps them to be connected with their spirit guides more efficiently, but it can damage their working lives. This is because they hate to analyse things, preferring to go with their gut instincts.

Overall, a lavender aura indicates someone innocent and good. They are fundamentally non-violent, non-confrontational and non-conformist.

They might suffer during teenage years because they rarely fit in with what society expects of them.

Many people will tell them that they are away with the fairies or that they have their head in the clouds.

The Lavender will not see that as a bad thing.

The essence of the Lavender personality is one of gentle freedom.

In contrast to liberty that might make some people take what they want at the expense of others, Lavenders never do harm to others while being exactly how and who they want to be.

Do you have a lavender aura? Perhaps a friend shows these personality traits, and you wonder if they do? Remember, Lavenders are special but often ill-equipped to live in the modern world – but having a Lavender in your life will improve it in ways you couldn’t imagine (even if they could).