The meaning of peacock feather has a rich history through various cultures, tied in with the symbolism of the peacock.

The exact symbolic meaning associated with peacock feathers varies depending on region and culture, but there are common themes of fertility, natural beauty, ego, and perception.

Everywhere these striking birds make a home, the cultures around them incorporate their symbolism and use their feathers for rituals, charms, decoration, and traditional medicine.

They even form the center of some ancient religious myths, such as in Classical Greece and Rome.

As far back as history goes, there have been important meanings associated with the peacock feather. 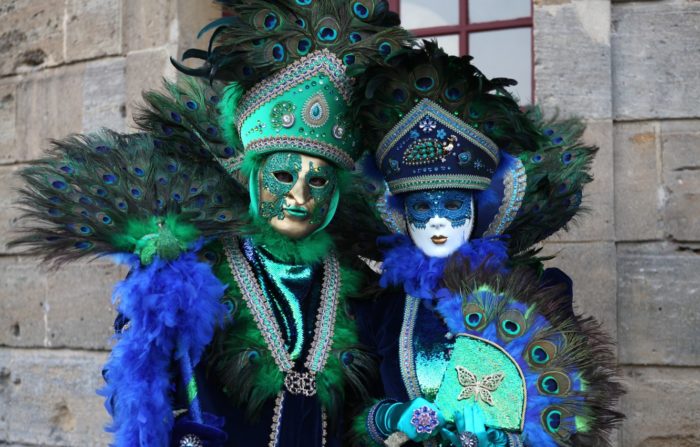 Right from the start, the feathers have dominated symbolism for fertility.

Whether used as adornments for clothing and head-wear or displayed over a bedroom door, these precious feathers were used to increase fertility.

It was mostly by newly-weds, who have traditionally been presented a gift of peacock feathers after the ceremony.

However, there are some accounts of older men paying quite a lot of money for home remedies, including them, too.

The link with fertility is easy to see.

When a male peacock sees a peahen and wants to mate, the male presents his tail-feathers in a beautiful, fanned display.

This is intended to impress the peahen and convince her that he is worth the time and effort of raising chicks.

If you are looking to start a family, one recommended method is to place peacock feathers above the bedroom door. 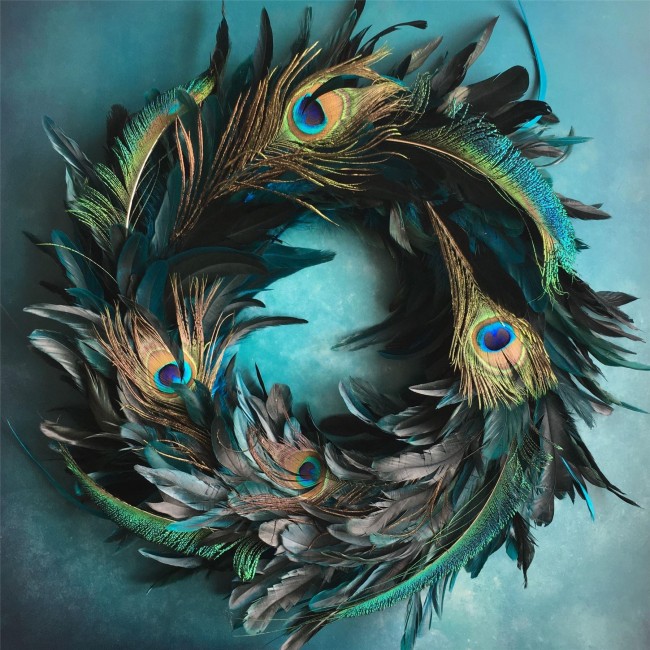 Another is to tie them to the bedposts or place them under the mattress.

Be careful, though! Once conception happens, you must remember to remove them. Forgetting to do so can bring bad luck for mother and child.

The most striking feature of these feathers is the “eye.” These eyes have gained symbolism related to perception and awareness, as well as the physical and spiritual senses.

Some believe that if you find a peacock feather outside of your front door, then you should be wary of people watching you soon.

It relates to the display of the feathers, which gives the effect of a crowd of eyes all staring at you at once.

So don’t be surprised if you are suddenly thrust into the spotlight at work or in a social situation, with all eyes on you.

This kind of situation can be terrifying if you are unprepared, but being prepared offers you an opportunity to shine.

This links to another symbolism – how others perceive you.

The purpose of this bird’s display is a bold attempt to influence his prospective mate’s perception of him in a positive manner.

There are good ways and bad ways of changing how others perceive you.

The good way is to display your best qualities, showing your strengths, and being proud of who you are.

This display associates you with your best qualities in the minds of others.

The primary lousy way that people do this is by coming on too strong and being too desperate for someone to see you in a different light.

It doesn’t work and will only turn people off, associating you with being needy instead.

So go out and show your feathers! The people that like you for you are the ones that matter.

There is a beautiful dichotomy in the peacock – peahen relationship.

While the male has beautiful colored feathers with an impressive fan of ornate tail-feathers, the female is decidedly plain and brown with no display at all.

This pairing shows that there is more than one type of natural beauty.

While the male of the species is prettier, with bright colors and intricate designs, the female is still naturally beautiful to the male.

It applies to us in a symbolic sense, as many people are overly concerned with how they look when trying to make themselves attractive.

You need to know that at least half of attraction is based on chemistry rather than appearance.

Display what is beautiful about you. Think of your talents, your virtues, your drive, and ambition – the things that make you an attractive person to be around, not just the way you look.

In many cultures, the peacock feather is a ward of protection. It is because they are highly spiritual birds that are associated with the third eye chakra.

They are used to absorb negative energy, and so have seen use in clothing and accessories as well as home decoration and adornments.

Writing inked with a peacock feather quill was believed to be protected from prying eyes.

Association With The Phoenix: Resurrection & Immortality

Historically, this bird is associated with the mythical phoenix – a bird made of flame that is reborn when it dies.

The Phoenix had incredible regenerative powers, and this symbolism has carried through, with many cultures claiming health benefits from peacock feathers.

But the more profound symbolism is one of rebirth, the metaphorical journey we take over and over again that allows us to evolve as human beings.

Often we have to destroy the old to build anew. There are parts of you that aren’t parts of your best self, the person you aspire to be.

Before you can be that person, you have to burn up the parts of you that don’t fit.

But there is also a part of you that is constant. Your soul is immortal, entirely separate from your body and mind.

It forms the core of who you are, the essence of your being, and it is the one thing you could never change about yourself.

No matter how many times a phoenix burns to ashes and rises again from them, it will still be a phoenix.