Owls are one of the most popular animals in spiritual culture. They have been used for centuries to symbolize wisdom and knowledge because of their keen eyesight, which is said to give them insight into hidden things.

Spiritual beliefs about owls vary around the world, but they have never lost their symbolic meaning as a protector against evil forces or a guide through dark times.

The spiritual meaning behind owls is often a bit misunderstood. In ancient mysticism, owls were seen to be symbols of wisdom and knowledge—they represent the idea that knowledge will lead you from ignorance into enlightenment.

In this article, you will learn the spiritual significance behind owls, why they have remained as a symbol for centuries, and how you can use this animal in your Spiritual life. 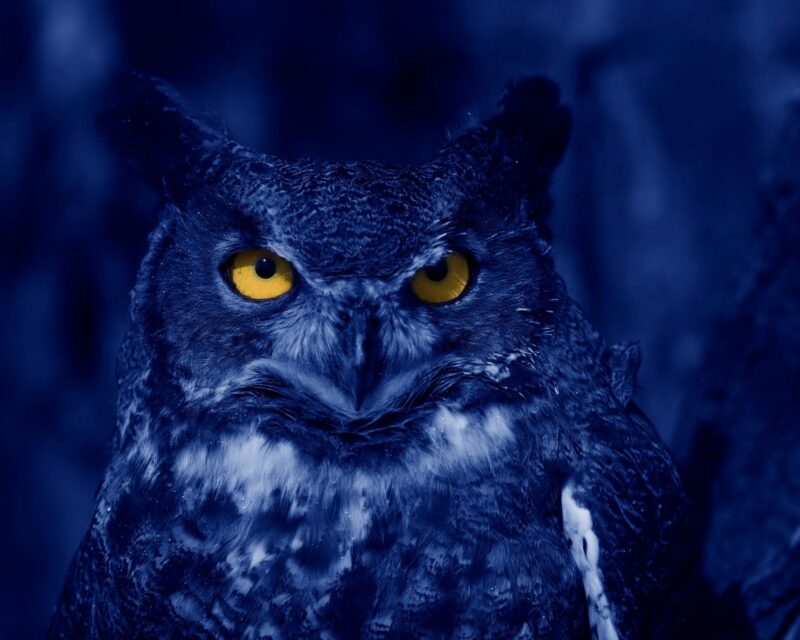 Owls are one of the most spiritual animals you can find. The spiritual meaning of an owl is twofold: it represents wisdom and knowledge, in the tradition of the science of death and beyond the veil of 3D.

Owls also represent intuition, as they are all dimensions seeing nocturnal creatures and observe the night and the spirit world.

An owl is a symbol of wisdom, knowledge, intelligence, truthfulness, vigilance, and fearlessness. The transition from one aspect of spirituality to another is noticed by the Owl. 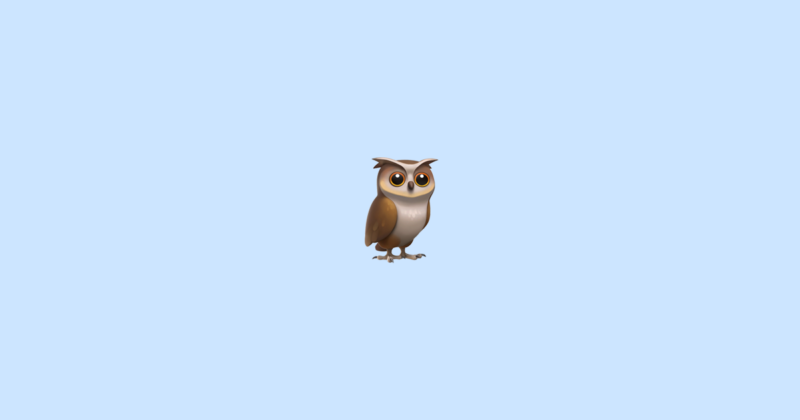 They are the watchers of where ever they are and will punctuate the air almost like a cell phone notification as if to bear witnesses to the change in energy.

Owls also symbolize someone who is wise, gifted with the gift of prophecy, which is why they often appear in literature and folklore to warn people about onset danger. 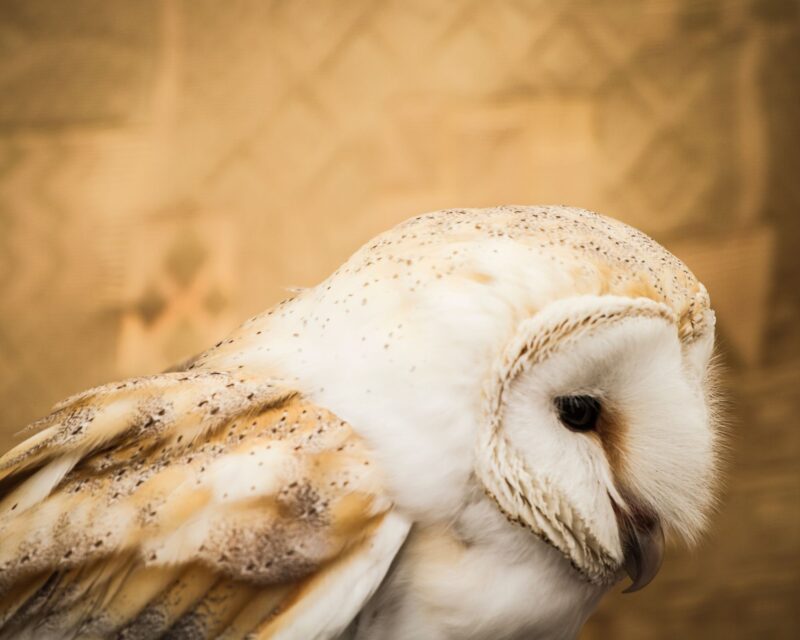 If we observe the calmness and tranquility the owl possesses in the still of the night, we too can find our own inner power of serenity and second sight.

An owl shows you to your higher self or something that is bigger than you, which ties into the symbolism of wisdom and knowledge.

Some say the owl is a bad omen and brings death, but I don’t believe in that because the owl has many positive spiritual meanings and has so much to teach us. 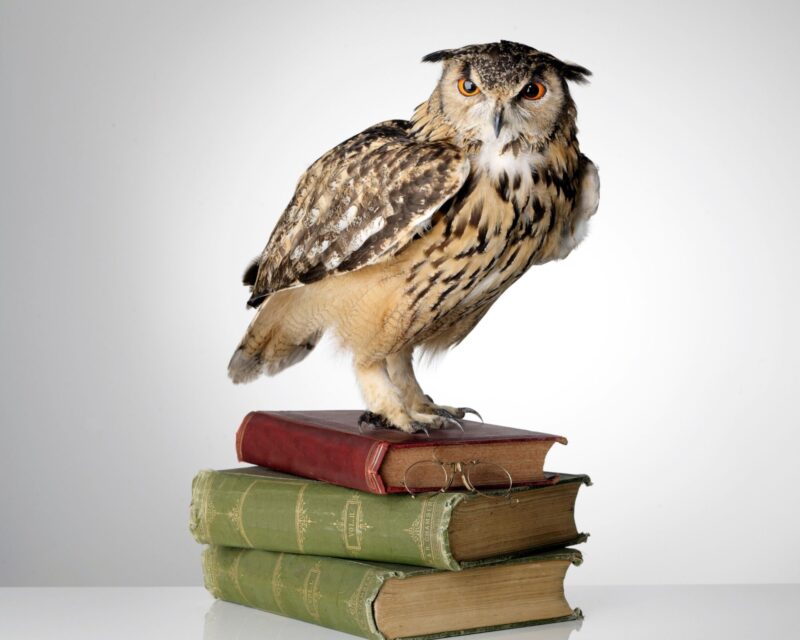 It is however on an energetic level the symbolism for renewal, and in that something has to die before it can be reborn.

The owl is a protector, too—it’s often seen as an omen of warning, and the hoot of an owl can be a sign of imminent transition of energy.

If you hear the hoot of an owl then you need to check security and stay alert for a little while. The owl is asking you to be still and look, both around you and past the 3D. 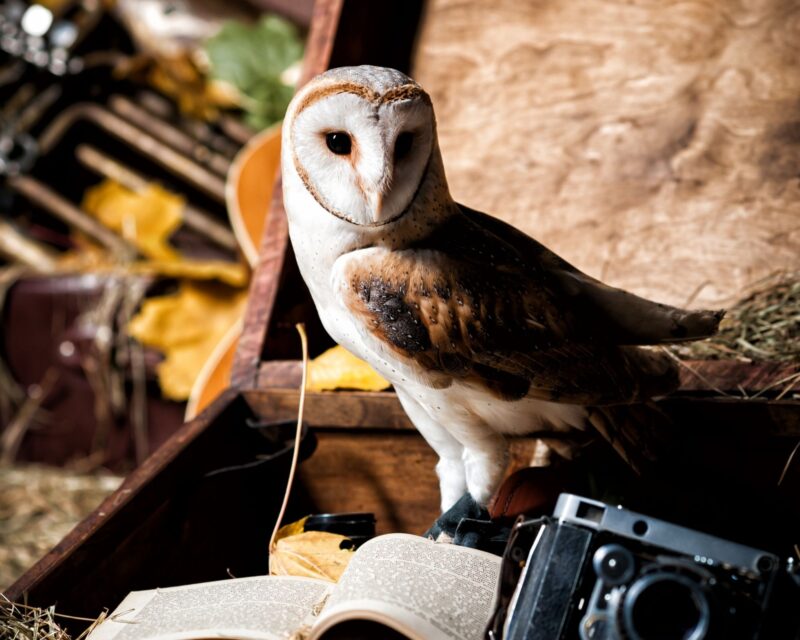 Some Spiritual Meanings of an Owl:

If you are working with negative energy, the owl will show up as a symbol of the shadow self or something that may not be very attractive about yourself, which ties into intuition and the dark and 4D. 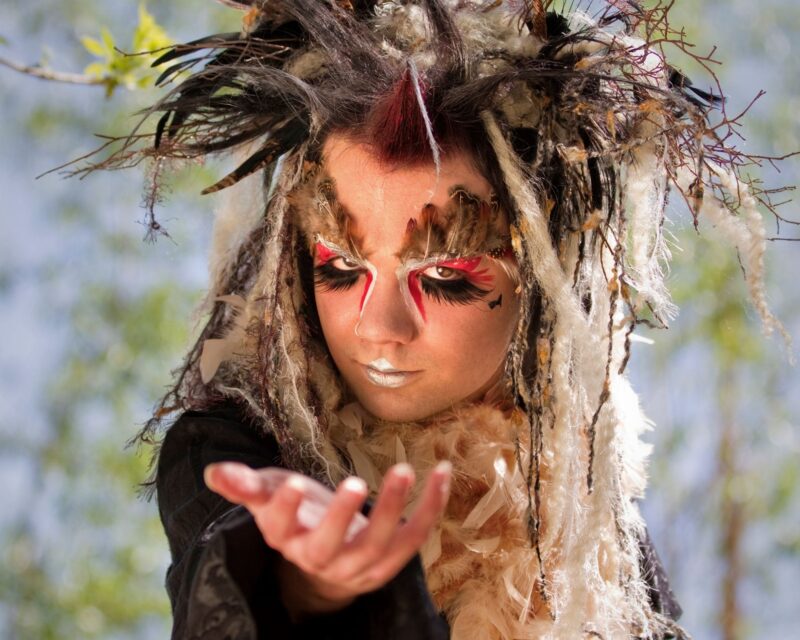 The symbolism for wisdom could represent insight on your path to enlightenment, while death can mean the transition into something more positive, either way, it’s possible an owl is trying to tell you something important!

The owl symbolism varies in native American culture, for example, the Cree people who primarily live in Canada believe that the whistling sound of a Boreal owl is a summoning call to the spirit world.

If an Apache dreams of an owl, then it symbolizes death is on its way. The Cherokee shamans viewed owls as an advisor for punishment and sickness. 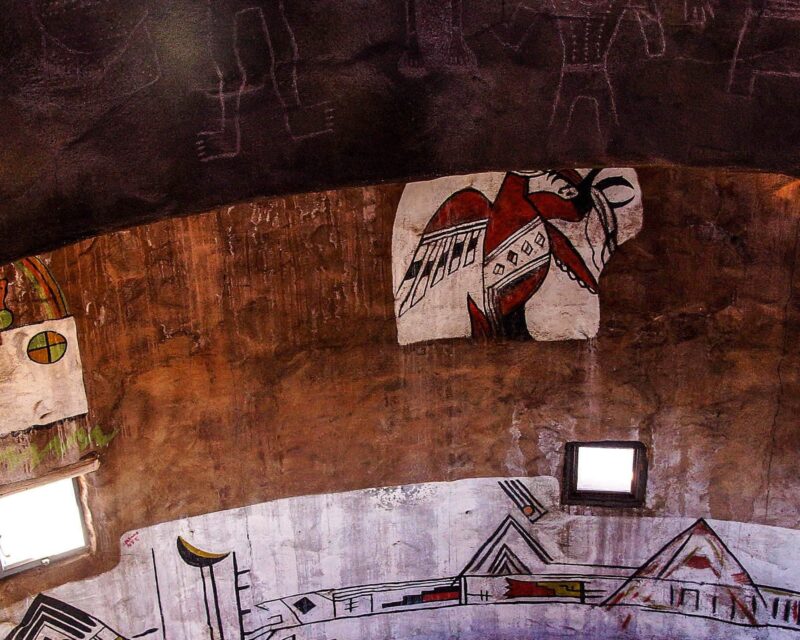 The Pawnee view the owl as a symbol of protection and the spirit world, while the Pueblo associates them with the skeleton man, the god of death and spirit of fertility.

Some native American cultures associate the owl with clairvoyance and astral travel, while others see them as guardians. 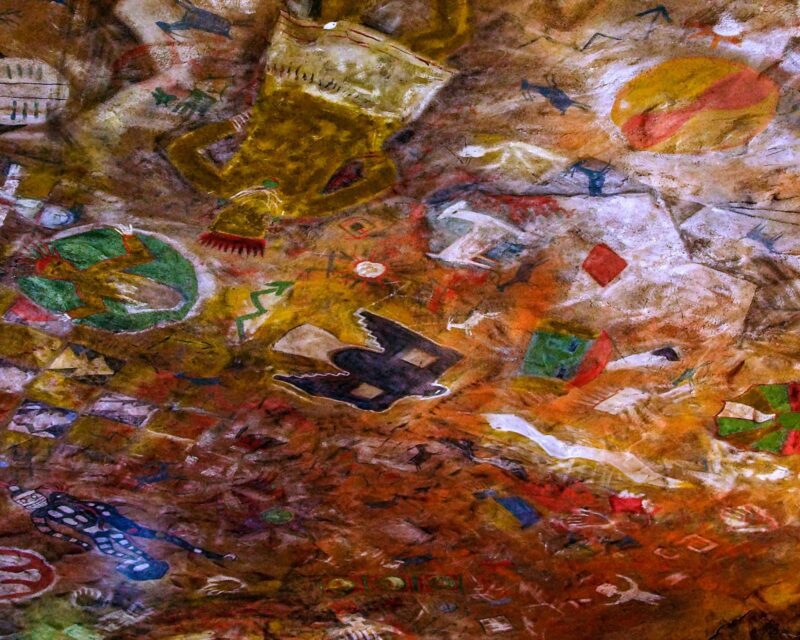 The owl depicted in the Celtic lore is a creature of the shadow and otherworld. The owl is rarely mentioned in any of the scriptures, but when it is, it’s spoken in hushed whispers with a warning.

The owl also sometimes represents the Cailleach the Celtic hag Goddess, representing a woman. The owl was always seen as a female, or as most Celtic scriptures mentioned. 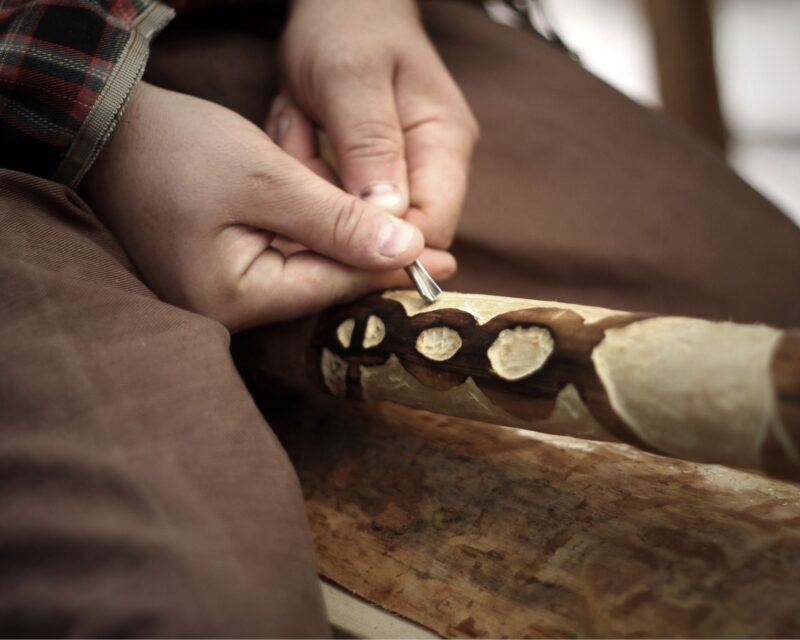 For the Celts, the owl was always something negative or it symbolized death. The owl is often seen as a bad luck charm and the death of something.

The Celtic also believe that owls carry messages from the otherworld to this one, which they believed in strongly.

It’s interesting to see that the various cultures view the owl in a different light.

The owl spirit animal is a symbol of knowledge, magic, and wisdom. Owls are often revered for their intelligence and power of observation.

They act as advisors to the gods in many cultures including Native American culture.

The owl as your spirit animal brings you much insight into your soul. Owls are also symbols of creative power and wisdom, as well as the ability to see see the unknown. 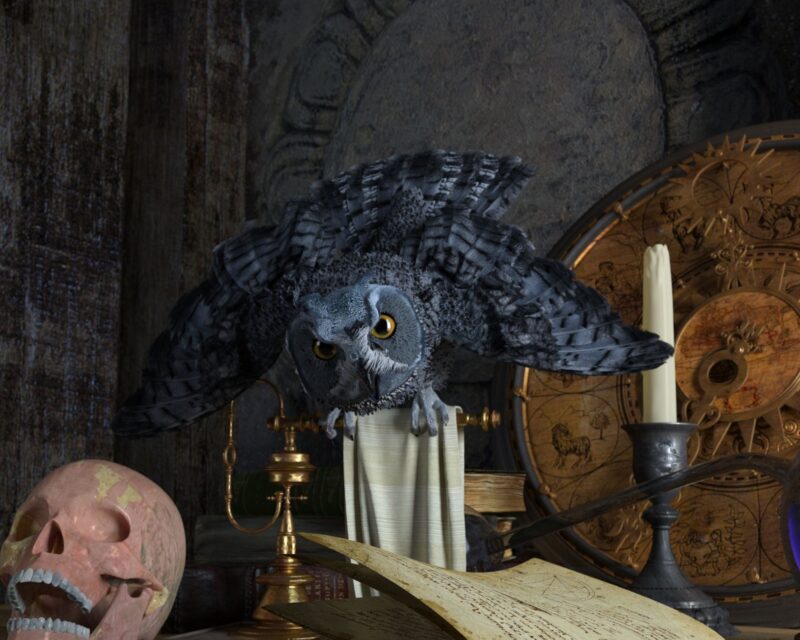 This magical creature symbolizes your creative force and your ability to see what others can’t. It shows you that you are someone who has a deep connection with the divine and can see beyond what other people cannot.

Owls are also symbols of protection, so if you have an owl as your totem, it will always be by your side in any situation to offer its wisdom or guidance.

They also symbolize magic and intelligence, because you are someone who embodies these qualities just like your spirit animal.

This wise animal wants you to recapture the wise old soul within you, so you can be a light in the world, someone who is searching for knowledge and truth. 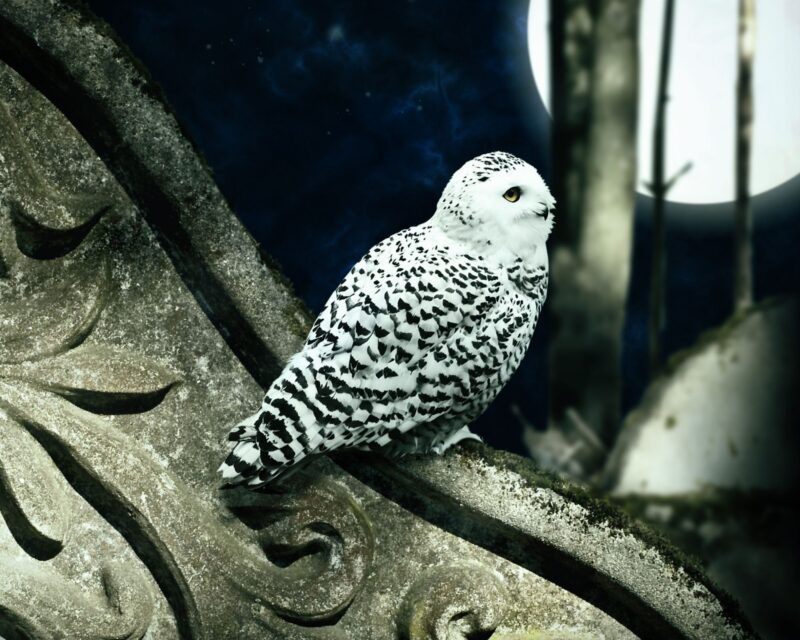 It is also a symbol of death and rebirth, which means that in times when you feel like all hope is lost, your owl spirit animal will be there to show you the way out.

It wants you to know that even though everything may seem dark now, it won’t always be this way. Your owl totem reminds you not to give up and to keep your light lit.

Spiritual meaning of an owl in a dream

What does it mean when you see an owl in your dream?

The dream is a reflection of your own spiritual journey and the lessons you need to learn on that path. 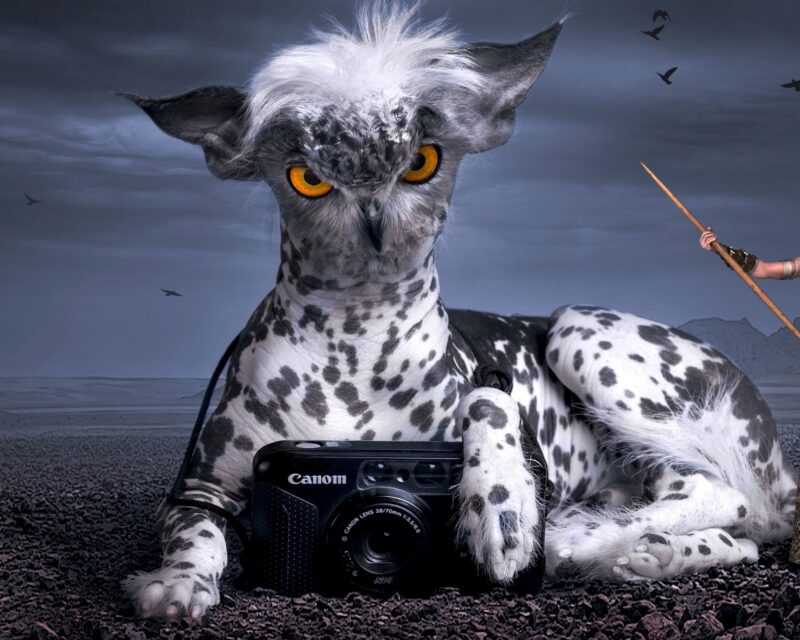 An owl in your dreams can symbolize wisdom, intelligence, power of observation, or creative force depending on what the context may be for this animal appearing in the dream. If an owl appears as part of a group it could represent teamwork.

An owl appearing as a pet or companion could signify your need for knowledge and understanding of some subject while an owl acting as protector can mean that someone is watching over you on your life’s journey.

When you find an owl feather in your dreams, it can represent the knowledge you have gained and want to seek out. 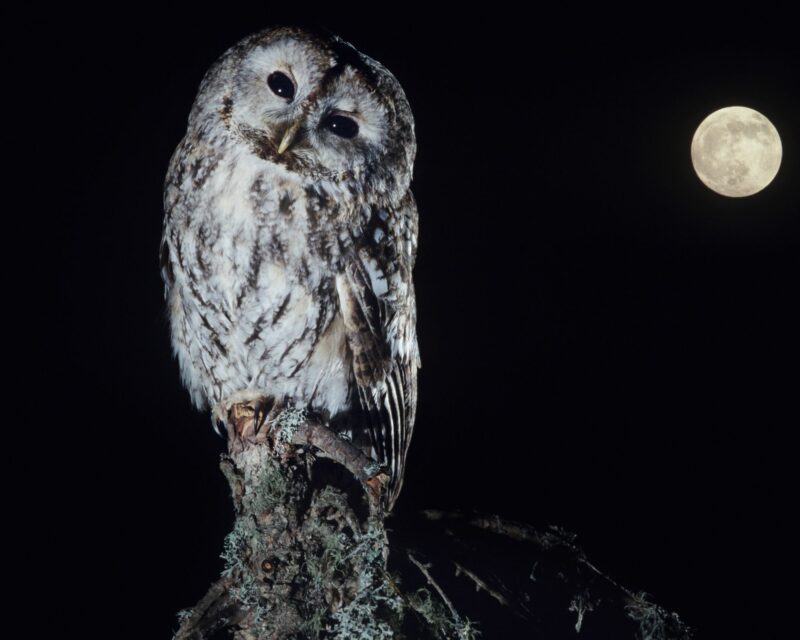 Seeing owls in dreams is said to represent either messages from those who have crossed over. Many spiritualists believe they are messengers of intuition and intellect with knowledge of the future.

What’s the spiritual meaning of seeing an owl?

The spiritual meaning of seeing an owl can signify various things. For instance, seeing an owl near your home could be a sign that you’re not alone. Seeing one in the wild can signify guidance and spirits protecting you.

Seeing one outside of your dreams symbolizes that you have become stronger and wiser through experience—it may indicate spiritual enlightenment is near for you. 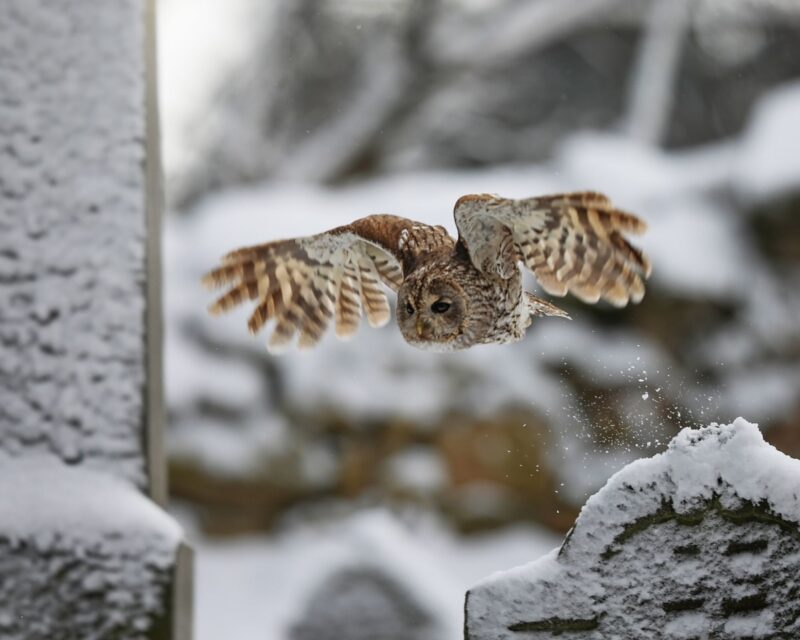 The owl, a winged creature of the night with wisdom and intelligence that is second to none. An owl can be seen as an omen or symbol for great change in your life.

Some see it as having the power to bring death while others say they have powers over time and space.

Regardless of what you believe about this beautiful bird, one thing is certain; owls are fascinating creatures with many stories behind their wings!