If you’ve ever seen a majestic stag at the head of his herd, then you know that they have an aura about them. These mature deer are symbols of spiritual authority and their appearance in your life is a sign from the universe to stand strong in your faith.

Spiritual meaning aside, stags can be very dangerous animals—so it’s best to respect these creatures and enjoy admiring them from afar!

Stags have been known to ram the toughest of fences and charge anyone or anything that has set them off. It can be a subtle as any female being in their menstrual cycle to a tractor chugging by.

The stag is recognized as a symbol of spiritual authority. It communicates that we are capable and willing to follow our intuition to go in any direction our soul leads us—even if it points towards new and uncharted territory.

I have always found stags fascinating and magical creatures not only are they magnificent to behold but they also represent a deep spiritual meaning for me.

I believe that the stag is one of the most powerful, yet gentle symbols in our world today and its power can be seen on many levels. 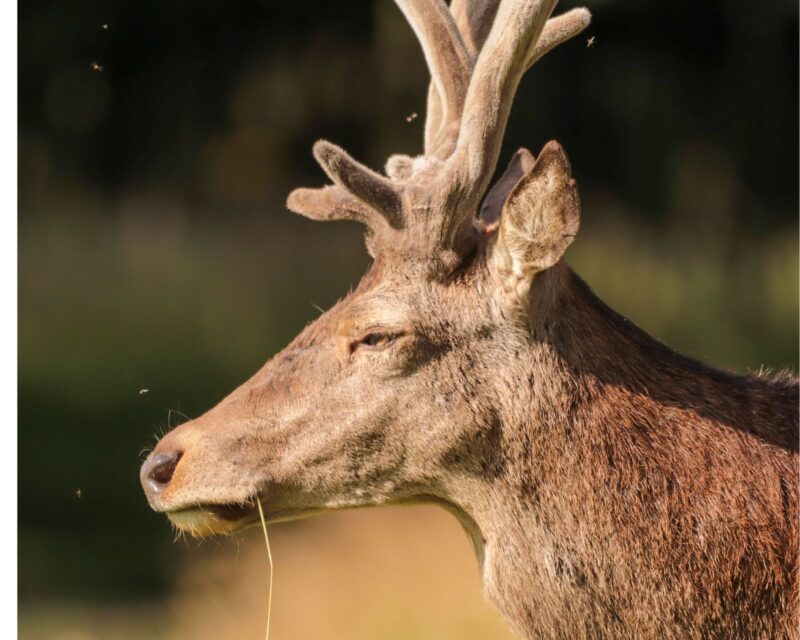 The Stag’s majestic antlers are its crown, its symbol of Spiritual authority and leadership.

The stag in the wild is a solitary creature, yet has no problem with socializing when mating season comes around or looking out for each other’s safety.

There are many stories about how stags have been known to be able to talk, which can make them an interesting fable character.

The Stag is often used to symbolize spiritual authority. Spiritual teachers and religious leaders are sometimes represented by the stag, as it embodies a strength of character not seen in other animals.

Other than that, they also represent the masculine component in their role to reproduce and maintain life.

The deer is a much more docile animal than the stag—it mostly wanders about without trouble or concern on its mind. 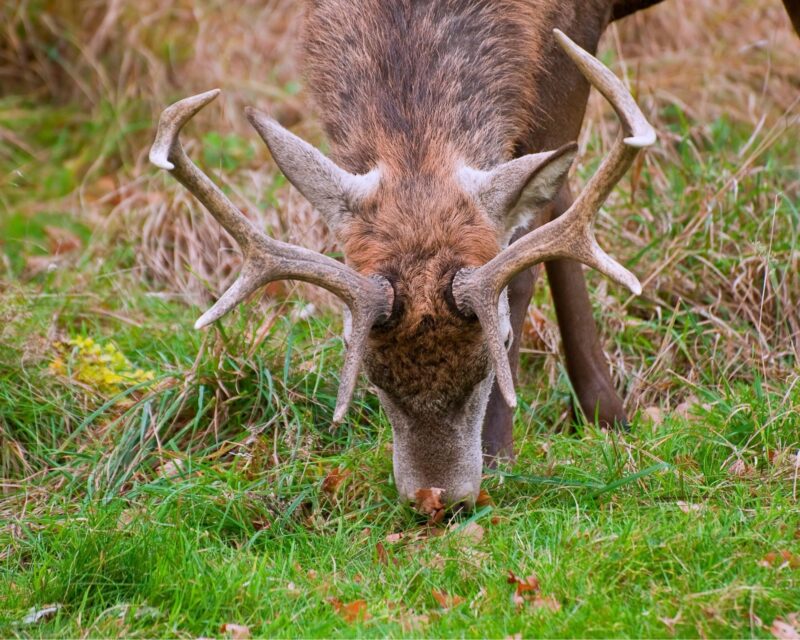 So what does it mean you come across a stag?

The stag spirit may also be coming into your life as a guide or insight on how you can improve yourself spiritually or it’s warning you of something dangerous.

The answer you need may be in the form of a spiritual lesson or an object that can help guide you on your path forward.

And when you come across a deer?

Well, more often than not this is representative of yourself as someone who wanders without purpose and does nothing for themselves—it’s time to be more proactive.

One of the symbolism of the stag is that it represents the ability to regenerate. It has a strong life force and is able to recover from any injury suffered, which is seen as an analogy for spiritual healing.

The stag is also seen as a symbol of wisdom, dignity, strength, and nobility. It’s considered to be an animal with the ability to make difficult decisions.

However, a deer is a symbol of beauty and gracefulness because it’s quick to run away from danger as well as being quite graceful when running or walking.

A deer is seen as representing peace because of the natural tendency to avoid conflict at all costs. It can be an animal that embodies humility with its gentle nature while possessing qualities like gentleness or gracefulness in the way it moves. 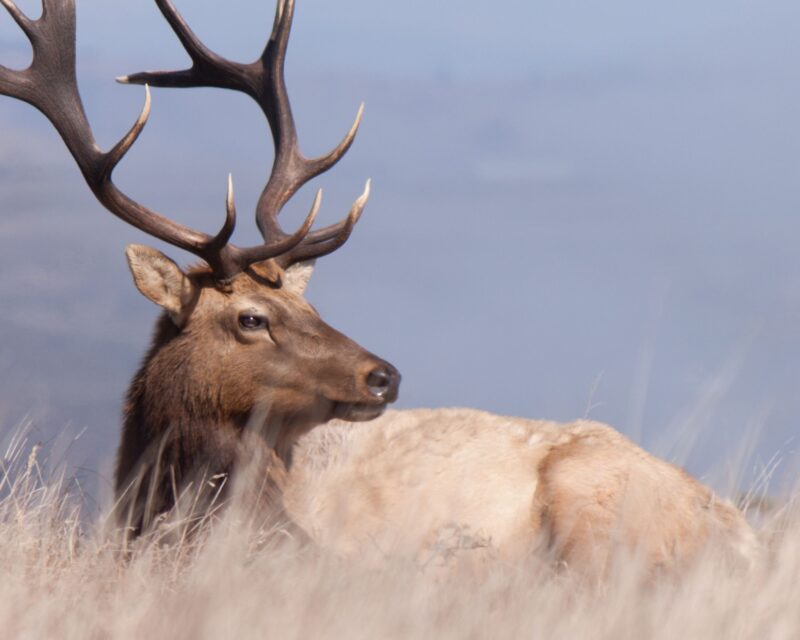 Stags also symbolize spiritual enlightenment because of their awareness. They are seen as intelligent, wise beings that can provide a person with the opportunity to see things from an uninhibited perspective.

The stag is also symbolic of spiritual progress and new beginnings because it’s able to start over again whenever necessary.

They also represent introspection, contemplation, and reflection. Stags are also known as creatures of the wild, or untamed.

Stags are symbols of alchemy and spirituality because they live in a natural environment that provides an individual with peace and tranquility while being on their own personal journey to spiritual enlightenment. 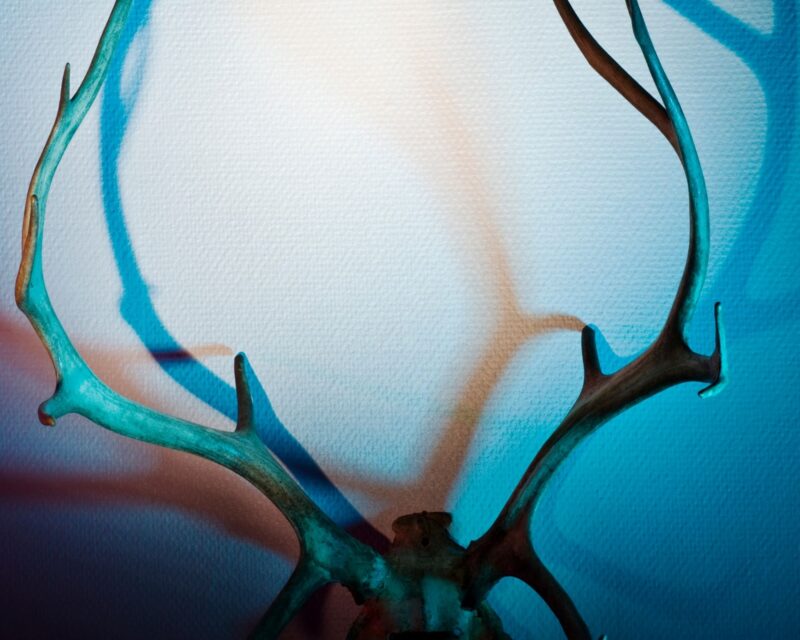 The deer are also symbolic of spiritual enlightenment because they are creatures that have a deep connection to nature as well as intuition and instinctual wisdom.

A deer can represent how an animal or person will be able to tap into the intuitive guidance in their world with minimal effort on their part.

It’s seen as a creature that symbolizes the ability to access higher states of consciousness because of its connection with nature.

A deer can represent transcendence, a spiritual transformation from one form into another, which is often seen as a notion for what people want out of life in terms of personal growth and spiritual enlightenment. 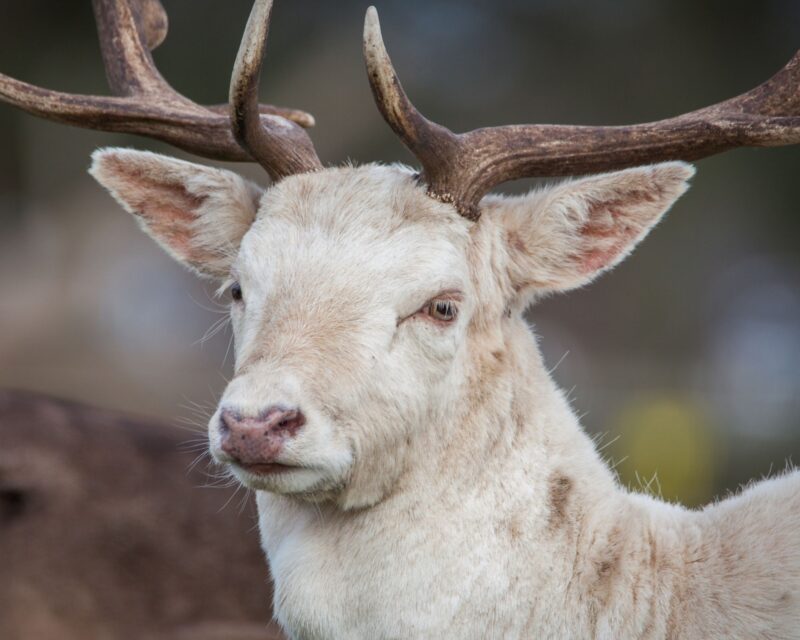 White is the color of purity and innocence, representing a return to harmony with the divine. It also represents truth and a free spirit.

A red stag means courage and endurance. The stag with this color shows its readiness for a fight with any challenger, the red symbolizing their willingness to battle until death or victory is achieved.

The blue stag shows spiritual mastery over emotions such as anger, jealousy, and fear. It also represents the wisdom that flows from universal sources of knowledge and beauty. 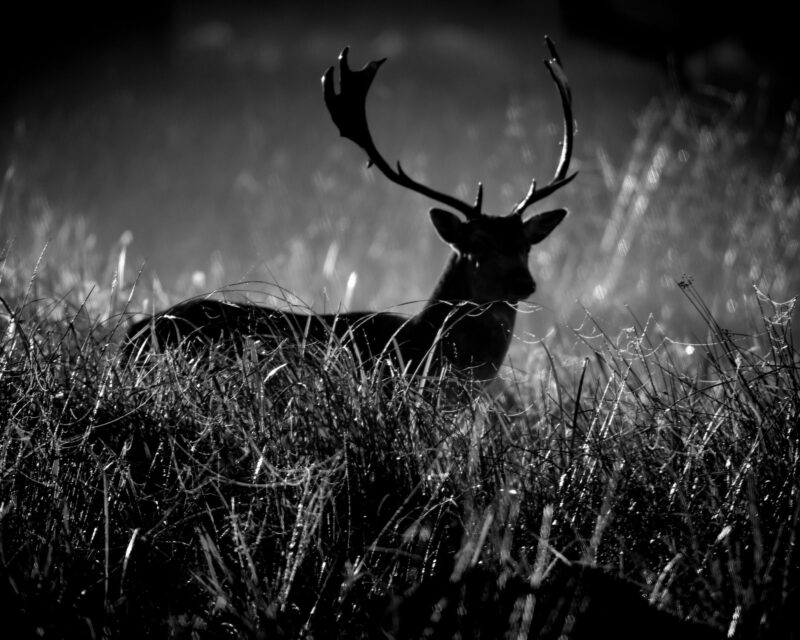 Black stag symbolizes the dark side of spirituality or transformation from one state to another. It is seen as a negative representation of spirituality because it points to the negative side and its effects on our spiritual well-being.

The stag spirit animal represents masculine spirituality and can be seen as the masculine counterpart to symbols such as the deer.

The stag spirit animal is associated with spiritual authority, the power of intuition, and a more primal connection to nature.

When the stag spirit animal is known to you, then it’s a positive sign. The stag embodies the masculine energy and can help teach you to be more confident in your own abilities.

The stag’s power of intuition also means that it can act as a guide for those who are seeking spiritual enlightenment. The deer spirit animal, on the other hand, embodies feminine spirituality and is associated with gentleness and sensitivity. 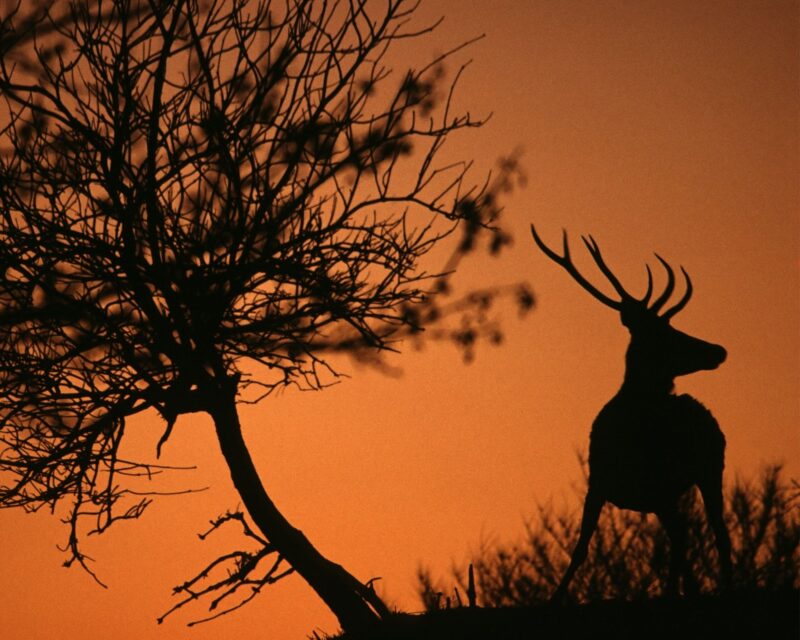 Their majestic antlers are symbols of power that can be used for good or evil purposes depending on the intentions of those who possess them.

The stag spirit animal also teaches us how to live in a more primal manner with our natural surroundings rather than trying to dominate it all the time as most humans do.

If you see a stag in your dream then it symbolizes your spiritual enlightenment. Spiritual transformation and divine awareness are all represented by the stag’s appearance in your dreamscape.

To see a stag is to receive an insight into yourself as someone who has been awakened spiritually or psychologically from a previous state of ignorance or darkness.

If the stag appears to be dead, then this may indicate that you need to work more on your masculine side. If you are a woman, then the stag may signify your need to be more assertive and take charge of a situation in order to move forward with spiritual development. 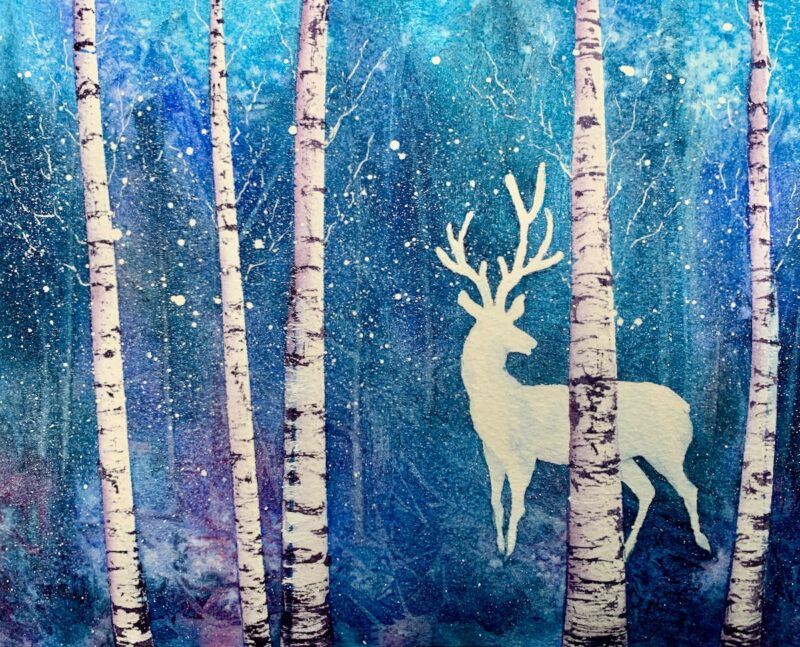 The stag also has different meanings in the culture around the world, for example, celts believed that white stags brought messages from the spirit world, and it was a reminder to those who were veering off the spiritual path.

The stag symbolism is significant in Norse mythology. It has been known that a giant stag named Eikþyrnir stood atop Valhalla, where Odin and the other god’s feast.

In Norse mythology, Eikþyrnir has been associated with the World Tree, Yggdrasil. The tree’s branches are thought to represent the different worlds and realms of existence. The stag would consume any living creature that tried to eat its leaves or disturb it in some way. 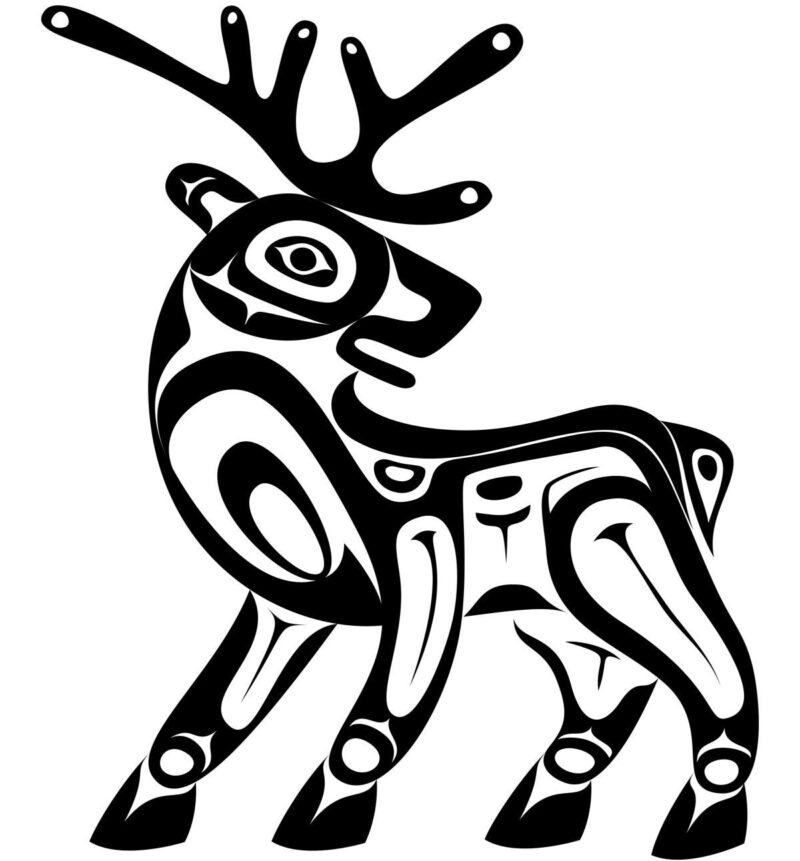 What does the stag symbolize in Native American culture?

The deer, or stag in some cultures, is a symbol of power and leadership. The male deer has antlers to show dominance over other males during mating season.

In Native American culture, the eyes are believed to represent insight into the past and future as well as wisdom from their ancestors.

Native Americans use animal imagery for many purposes such as totems. A totem animal is a spiritual symbol that represents one’s being or family unit including the physical, mental, emotional, and spiritual aspects of an individual.

The deer has been used as a totem in many North American tribes such as Mi’kmaq Nation, Algonquin Nation, and Cree Nations. 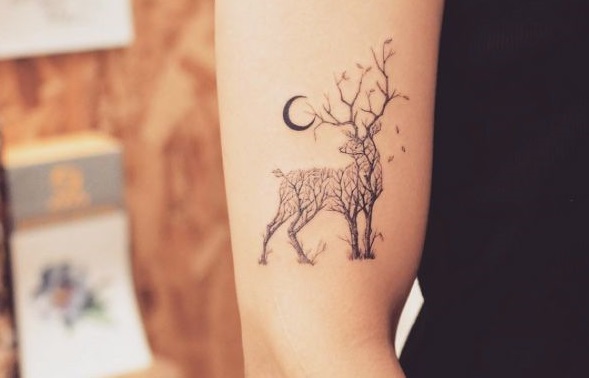 The deer is a symbol of intelligence, agility, gentleness, curiosity, and perceptiveness.

If you’re looking for spiritual guidance in your life, look no further than the appearance of this majestic creature because it’s telling you to stand firmly on faith! 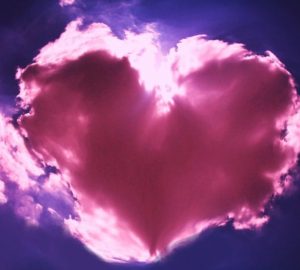 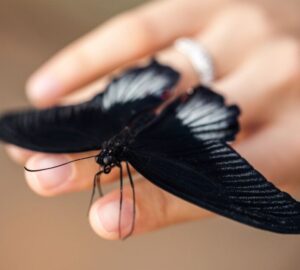 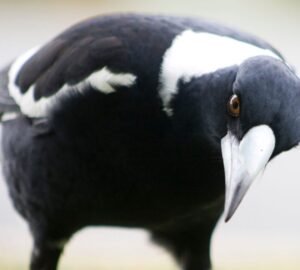 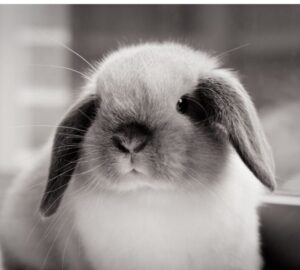 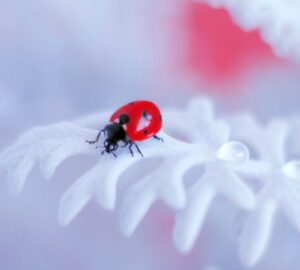 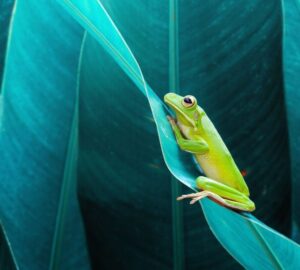