Twin flames have a lot in common – that much is a given.

For the twin flame journey to work, twin flames have to share similar outlooks, personality traits and priorities.

What may not be as intuitive is that twin flames often look very similar.

Many people are confused (and sometimes a little horrified) by the physical similarities often shared by twin flames.

If you are one of those people, let us help you understand why these physical similarities exist. 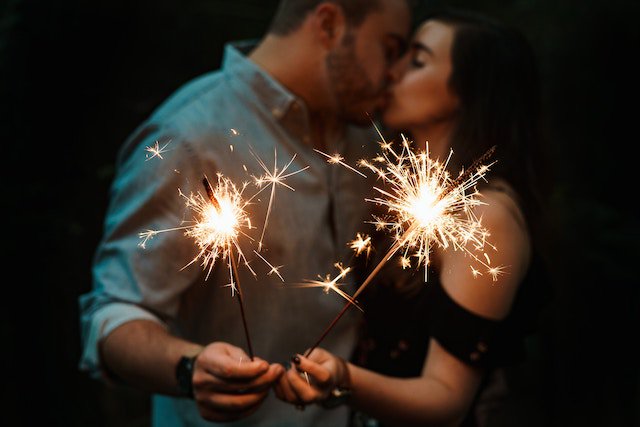 It makes intuitive sense to us that twin flames should be similar in many non-physical aspects.

We have a long history of preferring like-minded people as lovers and partners and for obvious reasons.

There seems to be a disconnect when it comes to the physical, though.

Let’s shatter that notion by showing that these similarities come from the same process.

Twin flames share a soul energy signature. That isn’t a metaphor or a piece of symbolism, but literal truth.

They emerge as an expression of a singular soul.

However, both twins have their own distinct souls. Yes, this is a paradox, as much of the universe tends to be.

Those distinct souls are of the same stuff, and there are limited ways to be.

No matter how hard you try, the similarities between the two souls forged from the same soul are always going to outweigh the differences.

We accept this for personality similarities and other things we have in common with our twin flame.

But we often don’t think of how this affects physical similarities.

The fact is that twin flames often look very, very similar – though this fact is somewhat hidden by the staggering nature of twin flame incarnation.

Twin flames which are the same age, or similar age, tend to get mistaken for siblings or cousins because of their physical similarities.

But most twin flame relationships famously have a significant age gap.

The physical similarities are made less visible by the age difference.

But here’s a task for you if you doubt the physical similarities between twin flames and your twin flame relationship has an age gap:

Find photographs of the two of you at the same age

Do that for as many different periods as you can find photos.

Did you see it? Do you notice what’s happening?

Twin flames begin their lives looking nothing like each other.

As time goes on and energies are swapped, these differences fade and both twins begin to look more and more alike.

Why Do Twin Flames Look Alike?

This question is a bit of a silly one when you think about it – after all, you could just as well ask why they wouldn’t.

But it also is an inaccurate one.

Twin flames do not always look alike. What is true is that twin flames look more and more alike as time goes on and their energies share, interplay and interchange.

At the end of it all, twin flames merge back into the soul that bore them and literally become one – which is about as similar as anything can be.