The concept of a twin flame runner often seems paradoxical to people when they first learn about it.

Two souls, intertwined and eternally connected through destiny and their spiritual journeys, and usually one of them wants nothing to do with the other?

That can’t be all that common, can it?

Well, it is. Very common. In fact, it is so common that it is regarded as being an essential stage of the twin flame relationship.

We’re going to dig into the concept of the twin soul runner and really get to the core of what is happening when one twin flame runs from the relationship.

Along the way, we’ll offer you the tools you need to make the best of a complicated process.

We begin with the moment that a twin flame becomes a runner:

It feels like your soul has been sucked out of your body, leaving behind only a husk of a person.

Like every moment brings with it a lifetime of agony and your will to live is beginning to get overwhelmed.

When your twin flame becomes a twin flame runner, you suffer from soul shock – and it is devastating.

But you are not the only one. Most people think that only the chaser suffers from soul shock, but in truth, it is the runner who often suffers from it the most.

It is soul shock that drives them to become runners in the first place.

Luckily, it is also often what brings about their return.

You can read about soul shock here.

The first symptom of soul shock presents as depression. You may find that you are simply going through the motions on a day to day basis.

Sure, you go to work, you fulfil your responsibilities, you do what needs to be done – but none of it is done with zest or drive, none of it brings you any joy or sense of achievement.

You find it hard to sleep, leading to a complete lack of energy and drive during the day. Your twin flame haunts your dreams.

It’s an intense experience, but often only in hindsight.

While you’re in it, it feels slow and unending. You are fully prepared for the rest of your life to be what it becomes during soul shock – a daily grind devoid of love.

You can read about twin flame soul shock here.

For the chaser, this is a highly emotional time. Anger and confusion reign as you see your twin flame burn your shared destiny and spiritual journey, seemingly without a thought your way.

The chaser experiences these emotions and expresses them, often battling just to get through the morning without a breakdown.

But for the runner, the whole experience is a bit different.

Fear and anxiety rule them. The twin flame experience has scared them and made them run for the hills, but they are experiencing soul shock too.

Unfortunately, they rarely recognise that and attribute their symptoms to something else.

This is all because the runner does not have the tools that the chaser has.

They are bereft of their spiritual toolbox, and so address their problems as physical beings.

At some point, during the drudging haze of soul shock, the twin flame runner is hit with an illuminating pattern of thoughts.

Suddenly, the truth of their own being is lit up for them to see. And they see themselves for what they are – a twin flame runner.

Maybe not in those words. But the epiphany that will occur to them is one that allows them to see their flaws and their own mistakes.

They start to realise that there is more to life than what they have experienced so far, and they come to recognise that it was facing that truth that scared them away.

And they’ll start to reflect on what caused them to do that.

Often it is as a result of old wounds, and past trauma of the soul.

This manifests in this life as all the traumatic things that happen to people, usually during childhood, that sticks with them for their entire lives.

But these are often manifestations of much older wounds, soul anxiety from the traumas of many lives lived.

The runner may not know about what is going on with their soul, but they feel this intuitively.

And, in almost every case, a spectacular awakening takes place.

They return. And what’s more, it is the soul shock that does it.

Up until the awakening, the runner had seen the twin flame relationship as the root of their problems.

They viewed the chaser as a source of misery and bad feelings, the cause of their pain.

Awakening allowed them a glimpse of what lies beyond.

That kind of event changes a person’s perspective dramatically.

Finally, they recognise that they have been bottling up their feelings.

Denying them and denying in what they felt in their gut and their heart were true – but which their fear and anxiety convinced them were false.

They were touched by unconditional love and light. And they ran.

It’s a painful emotion to recognise about yourself, so anyone can be forgiven for taking a while to get there.

The ego is a powerful thing, after all, and it will blame others when it knows it should blame itself.

Now that the twin flame runner recognises their soul shock for what it is, the answer becomes clear.

They seek out their twin flame, returning with a renewed spirit and ready for the destiny that twin flames share.

The journey is only just beginning.

But as soul shock lifts, the runner finally understands what the twin flame relationship can do.

Bring love and meaning to life, where otherwise there might be precious little.

And to bring an end to the runner and chaser phase of the twin flame relationship, a period of enlightenment must occur.

This is a necessary act and a karmic lesson that serves as a prerequisite for the twin flame spiritual journey.

During this stage, the former chaser attempts to bring the old runner “up to speed” on the spiritual side of things.

This is rarely done explicitly, but through those spiritual lessons that life fills itself with when we are with our twin flame.

Essentially, the twin flames need to explore each other spiritually

Over the course of their spiritual journey together, twin flames must dig up the wounds of the past and heal them, ridding themselves of the muddy, negative energies that naturally accumulate over lifetimes as beings in the physical world.

But before that can begin, the twin flames have to discover each other’s flaws and get a handle on the work that needs to be done.

This is mostly done subconsciously and is only brought to our attention when it needs to be addressed.

This is done through synchronicity, which you can read about by clicking the link.

This stage is a crucial one – in fact, it is often make or break for the twin flame relationship in this life.

Ideally, this would be the perfect time to help the former twin flame runner become spiritually active.

In other words, teaching them to understand their energy flow and chakras, guiding them in chakra healing meditation and introducing them to the other tools in the spiritual toolbox.

It might well be that your twin flame runner simply rejects the spiritual world altogether.

This is especially common amongst men (and masculine people, regardless of sex) because the masculine energies are close to the physical than the spiritual.

That’s fine. As long as they recognise the twin flame connection, even if they refuse to call it that, they are ready for the twin flame relationship.

If this is the case for you, an alternative strategy is called for.

Rather than helping them to be spiritual, you could instead just work on your communication.

After all, they cannot argue that better communication would be anything but good for the relationship.

Much of the spiritual work that is done within the twin flame relationship relies on open and honest discussion.

And To Wrap Up…

So that’s everything you need to know about runners.

There are other more specific guides on this site if you have a more narrow problem, but hopefully, this serves as an excellent primer for the concept.

As one piece of parting advice before you go on to deal with your twin flame runner problem, we’d like to leave you with this:

Until then, you must tend to your own garden – or, rather, spend your attention on things that are under your control. 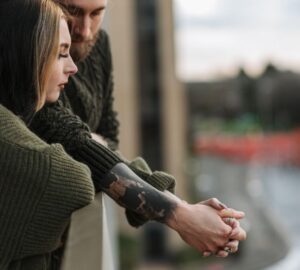 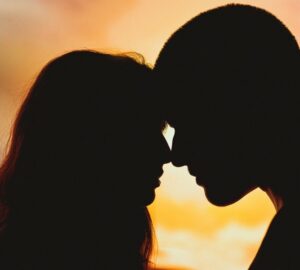 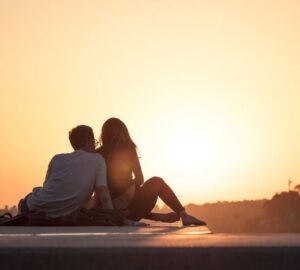 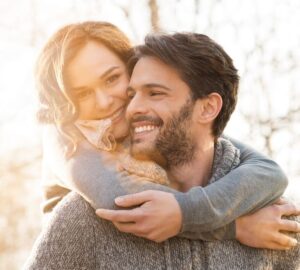 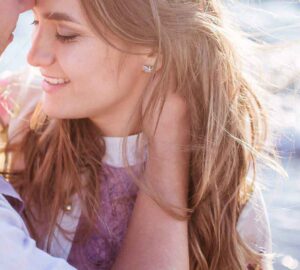