What is aether, Quintessence, Aether, or the fifth element? ”There are all the materials” the Greeks would pronounce. Aether fills up the universe and the vacuum of space, so it has been told.

The concept was initially theorized in the 19th century and was the primary medium for light to travel in a vacuum.

Aether is the Greek word for clear sky or pure air. For the greeks, this is the essence the Gods would breathe, similar to humans breathing air.

What is Aether According to Mythology?

According to many mythologies, the beginning of the universe hatched from a single egg. This concept is shared across several civilizations worldwide, and many would follow it.

The egg would hatch and divide itself into two primary forms, Heaven and Earth, or a god is born to create the world.

The same concept is followed in Hinduism, the cosmos or egg would float in the emptiness of space and hatch into two halves, creating Heaven and Earth (Prithvi). For Hindus, this was the universe at its initial stage. In Taoist mythology, God by the name of Pangu hatched from the egg and broke in half.

The upper body became the sky, while the lower body embodied the Earth. Pangu would grow taller, so the sky became more prominent. In his death, the body parts created mother nature.

What is Aether According to Cosmology?

Modern cosmology proposed the Big Bang theory as the creation of the universe. The universe was created by the idea of the gravitational singularity, whereby the single mass of energy was compressed in a single point.

How is the Aether element linked with the universe?

The concept of Aether is what makes up the cosmos. The large percentage, or 68%, to be precise is Dark energy, the energy that globally affects the entire universe. It is also the energy that accelerates the expansion of the universe.

There is also ”Dark Matter”, which is the element that attempts to theorize the unexplained gravitational pull that holds the galaxies and planets as clusters. Dark Matter makes up 27% of the observable universe.

According to Aristotle, aether naturally moved in circles, and had no unnatural motion; he also noted that celestial spheres made of aether held the stars and planets in a circular motion.

We know that there is a possibility that aether could exist, and it may have progressed to something we know today. But where did we get these names like the ”fifth element”? In the fourth century BC, Aristotle proposed the term ”aether” which he learned from his teacher Plato. Plato used the term fifth element instead.

Even though the names were different, the description was the same. Aether is thought to have made up the worlds of the outer astral spheres supposed to encompass our own.

Yet, it was Isaac Newton’s explanation of aether made it more real – a strong, subtle, and elastic medium. Today we recognize the energy as gravity and electromagnetism.

Newton did wonder if the aether was essentially a spirit – but he knew he could never prove it.

Subsequently, the existence of the term aether vanished after the Michael-Morley experiment in 1887, and with the discovery of space-time continuum. The term Aether is currently living in the domains of pseudoscience.

Understanding Our Psyche In Leo

Are You A Light Warrior? These Signs Reveal You Are One 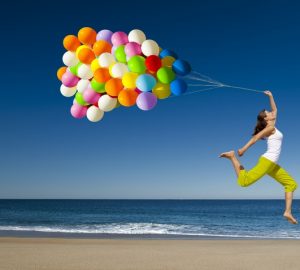