A person’s aura can tell us a lot about them and their personality, and no aura speaks louder than the white one.

Having a white aura has long been associated with divinity, spiritual connection and innocence.

But it can tell us a whole lot more than that. There is a whole host of personality traits that people with a white aura tend to share:

Almost everyone is born with a pure white aura.

It symbolises our innocence and our freedom from negative energy. Although physically weak, infants and young children possess powerful auras that block out all but the most potent negative energy sources.

This usually fades as we grow up and lose our innocence, though some people can keep their white aura well into adulthood. 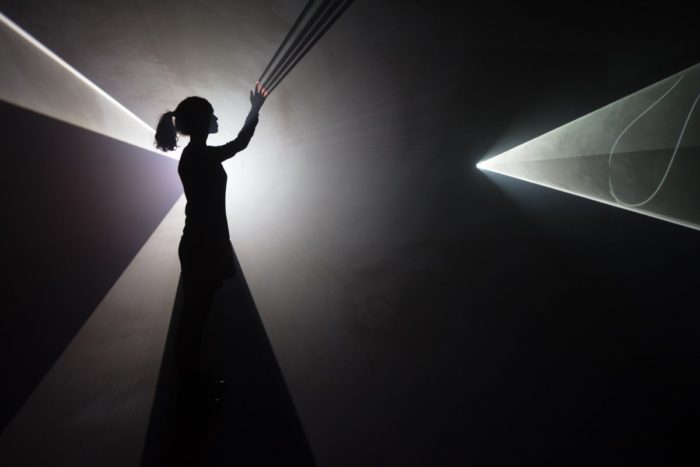 Unfortunately, this innocence means that those with a white aura are often susceptible to being duped or tricked.

With so little experience of negative energy, a person with a white aura is not as likely to sense it well enough to avoid it.

Although these people might be fooled easily, they are not easy to beat.

Those with a white aura are incredibly resilient to negative energy and can find the strength of their soul to resist negative power.

In fact, the white aura is actually reflective. This is what makes it appear white. This makes them able to go through terrible experiences and come out the other side emotionally unharmed.

This resistance to corruption by negative forces allows people with white auras to be excellent healers.

This natural ability often causes them to feel protective of those around them, as subconsciously they know that their presence is protection itself.

Throw in the fact that people want to be around those with white auras, and it shouldn’t surprise anyone that they often find themselves in a protective role.

The white aura often signifies a very moral and spiritual soul. Usually, they are carefully guided and guarded by the metaphysical world and their soul guides.

They can be a bit overly moralistic sometimes, as they are prone to being inflexible over their principles.

It means that they can come across as arrogant and “holier-than-thou”, even though their intentions are good.

And their intentions are good.

The white aura is special in that it can tell us with certainty that the person who has it is a good person, free from the bad behaviour and bad intentions that can take over those more prone to negative energy.

Having a white aura puts a person in a unique, exclusive club.

Few people have ever had a pure white aura as an adult; it is so difficult to get through life without taking on any negative energy.

So if you meet someone with a pure white aura, you would do well to befriend them.

They will help you, guide you and protect you – however, you might find that with their strong metaphysical connection and close guidance from the universe that they sometimes have bigger fish to fry.