The owl is a symbol of wisdom in many parts of the world. It holds intelligence and sees what others can not.

Owls have the power of shapeshifting.

They could change from animal form to human form. They are closely related to Moon and Night.

Their insight has provided them night vision. Thus, they can see the unseen.

Across the globe, owl symbolism varies from region to region.

In Celtic tradition, Shamans used owls as their eye and ears to have higher knowledge.

The owl is the symbol of Goddess Athena of ancient Greek; she is known as the Goddess of wisdom.

Native Americans call it “Night Eagle” as it can see at night but it is an eagle which is a connection to the moon.

In Arab culture, it is considered as the symbol of death; but many experts believe that this death actually means the ending of the past and the starting of a new beginning.

No matter which culture you look at, an owl appears as the most mystical creature.

The owl is the representative of intuitive knowledge.

If the owl is your totem animal, it will give you the power to see the hidden truth of things that other people are unable to.

Owl provides you the essence of true wisdom.

No one could deceive you in any way. 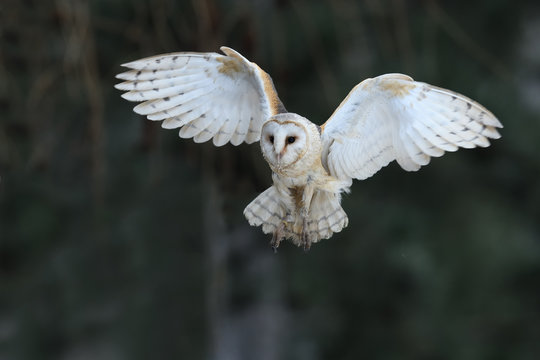 White is the color of purity and innocence.

There are many similarities between an owl and white colour symbolism, and when both of these powerful traits combine in the form of a white owl, greatness is created.

White owl is the symbol of wisdom.

The snowy owl is the symbol of endurance.

It represents big dreams along with the ability to achieve them.

Other than that, it tells us about psychic ability, illumination, support, inner knowing, sacrifice, family, clarity, and legacy.

White owl indicates the prophecy and its fulfilment. It is the encouragement to move forward and finishing as a hero.

It tells us about the willpower that can do anything anytime.

Seeing a white owl in a dream means you seek knowledge. It shows the desire for wisdom.

It is a good sign that represents that you will fulfil your desire.

The white owl brings you the message that your spirit guide will help you to achieve success.

When you see a white owl, it means that you should move on.

It gives you the message that timing is right to take one step forward.

Whatever you want to do! Do it now. Your old journey has come to an end only to begin a new one.

Don’t look back and don’t be afraid of the future. Challenges will come your way, but you can face them all bravely.