You may be wondering if Rainbow and Indigo Children are the same – in fact, some people do mistakenly use them interchangeably!

They are not the same. They refer to two separate groups of people born at different times, with different characteristics and various soul missions.

They are, however, both types of Star Children, which is where the confusion most likely comes from.

What Are Star Children?

“Star Children” is the collective term for Indigo, Crystal and Rainbow Children.

They all share at least one thing in common – they arrive in this world a little different than everyone else.

They are often wise beyond their years, highly creative, and wonderfully unique.

They all have a similar purpose, driven towards helping humanity to evolve to a higher level of consciousness.

They differ from each other in how they go about that, but the end goal is essentially the same.

Indigos were born in the 70s and 80s, at least for the most part. Some may have been born earlier, and others a little later, but in the majority of cases, they arrived in that timeframe.

Rainbows are the current generation, have started to arrive in the early 2000s.

The rate at which they are arriving has increased in the 2010s, and they will likely continue to do so for a few more years at least.

This is important because they are equipped to deal with different worlds.

While the goal of elevating humanity’s consciousness has not changed, the best way to do that has.

Who Were The Indigo Children?

The Indigos are characterized by their rebellious nature.

They were the trailblazers of the Star Children, arriving with the purpose of shaking up the established system in preparation for the generations that followed.

That is not an easy task, and many of them faced a huge degree of difficulty in their early and adult lives.

Changing the established systems of power and patterns of thought meant that they faced strong opposition from society at large.

They challenged patriarchy and capitalism, as well as campaigning against the destructive wars that plagued the latter stages of the 20th Century. 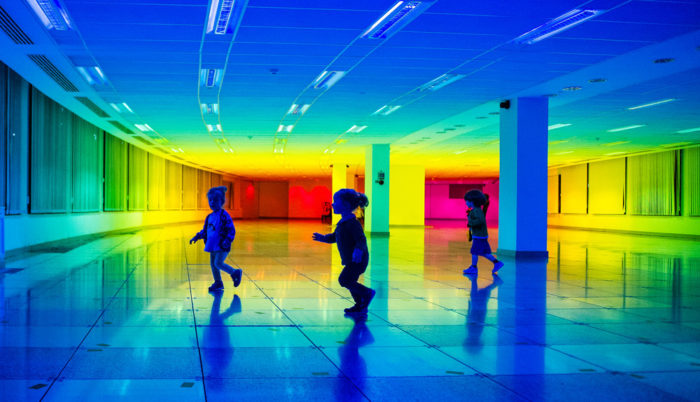 Doing so required a certain level of tenacity and aggression that we might not associate with enlightened thinking today.

At the time, it was absolutely necessary to “stick it to the man,” as many would have put it. By doing so, they laid the way for the next generation to steer humanity in the right direction.

Unfortunately, there was a price. Many Indigos incarnated within unstable, dysfunctional families.

While this helped to mold them into the spiritual warriors, they eventually became, it often left in its wake the bitterness and traumas that come with such an upbringing.

They raised the next generation of Star Children, the Crystals. They would help to steer humanity in the right direction, taking a more level-headed approach that concentrated on humanitarianism and gradual change.

They took on the moral values of the Indigos but took a softer approach.

Today, they are raising the newest generation – the Rainbow Children.

Who Are The Rainbow Children?

The Rainbows could not have survived in the world of the Indigos.

Their world required toughness, rebellion, and a touch of aggression, all of which would be a bit alien and would not match the Rainbow mentality at all.

But the Indigos, while they did their job, was never going to be able to change the world with their approach.

The Indigos gave no quarter. Rainbows would give you their last quarter just to see you smile.

The groundwork having been laid, they are here now to usher in a new way for humanity.

To say that they are not rebels would be mistaken – they are certainly shaking things up.

But they have inherited a world where those differences that would have isolated them in the past can be celebrated and even encouraged.

They are of limitless potential because of it.

Without the shackles that bound previous generations, they are free to lead us into an era of unprecedented enlightenment that will see the complete restructuring of society and the values it holds closest to its heart.

Where Indigos may have felt shamed for holding different views to the established norms, Rainbows can be who they are without that complication.

This leaves them mentally stronger and unencumbered by the baggage that weighed the Indigos down and limited their potential.

They have their own challenges, but they are resistant enough to the negative energy that the obstacles are easier to overcome.

For older generations, the Rainbows may seem a little bit “weird.” “Evolved” would be a better word, but many would wear the “weird” label like a badge of honor in any case. 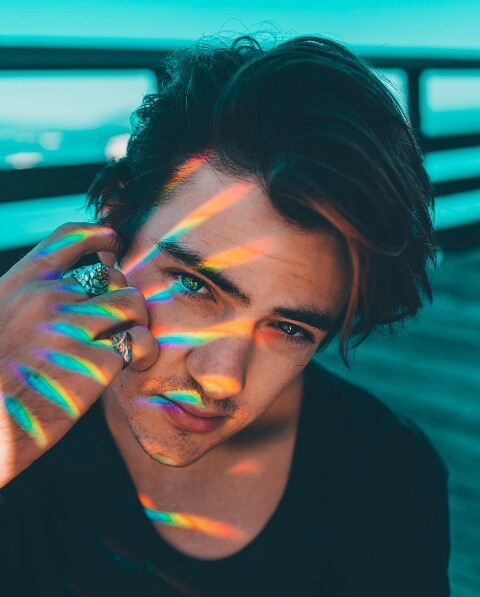 Thanks to the groundwork laid before them, it matters little if they conform to societal norms. The world is a more accepting place these days.

So Are Rainbow And Indigo Children The Same?

As we now know, they are not exactly the same. They are, however, different parts of the same overarching process of enlightenment.

They differ in a great many ways, but in just as many ways, they are the most kindred of souls.

So if you are wondering whether you are an Indigo or a Rainbow, or even a Crystal or any other type of Star Child, the answer matters a little less than you might otherwise have thought.

While knowing what exact group you belong to can help you to pinpoint challenges and opportunities in your life (or the life of your child) for that matter.

The goals that you will help us all move towards remain the same no matter whether you are an Indigo or a Rainbow Child. 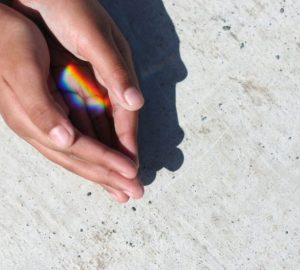 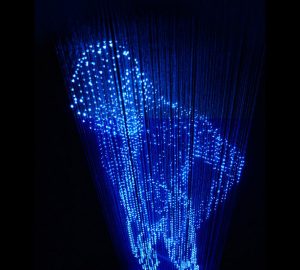