Some people find out that they have a grey aura and are immediately disappointed. In many cultures, grey is a boring tone – devoid of colour, lacking the definition of white or black.

But there is far more to the grey aura than you might think.

So what is the meaning of a grey aura, and what does it mean for the person it belongs to?

One thing all grey auras have in common is that they represent neutrality.

A person with a grey aura does not go to extremes in situations but instead tries to see things from all angles and perspectives. 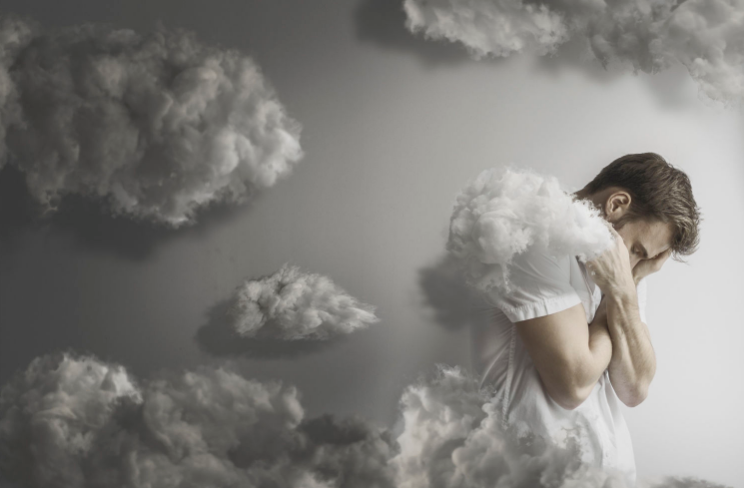 It makes them excellent mediators, a worthy person to have around when an argument or debate kicks off.

It also makes them good friends and partners as they are often thoughtful and considerate.

Unfortunately, a grey aura can indicate a lack of passion, which can cause a lot of problems when more passionate people are involved with them.

Some people with medium grey auras are old souls – the most ancient, even.

These souls have not always had grey auras, but developed them over many incarnations. With each life they progressed spiritually, tempering their hard edges and reigning in their extremes.

Old souls have a lot to offer the rest of us in terms of wisdom.

They often have strong spiritual connections to their soul guides and are masters of the astral planes.

They can, however, struggle to connect emotionally with people on this plane of existence.

Greys are among the most trustworthy of people, and as such are often trusted with secrets and sensitive information.

This trustworthiness is rooted in the attitude of the person with a grey aura. Greys often forego self-interest and put the needs of others first, valuing above all respect, trust and fairness.

By taking themselves out of the spotlight, they find themselves best positioned to work for the good of everyone around them.

Unfortunately, most grey auras are the result of life rather than naturally developed.

Pale greys often indicate a lack of direction, drive and ambition. These people are stuck in their lives and don’t see a way out.

Unlike the pure greys who are perfectly content with a simple life – many become monks or live for their family – these other grey auras indicate problems within the energy system of the individual.

To help with this, they should engage in chakra healing meditation concentrated on the root chakra.

A complete drain of colour from the aura, leaving only a dark or pale grey, can indicate massive metaphysical problems that need addressing.

Those issues are usually found in the root chakra as it is where our basest needs are addressed.