You might be wondering how this title alone seems unrealistic.  How can someone leave the one they love?

But then again, if you live in the modern world, you would have had first or second-hand experience, at least, of how people do leave the one they love.

These things can happen due to a variety of reasons; flaws on the part of the leaver, the one left behind, or both.

Whatever the seed of contention, you are always left wondering,

“He said he loved me, but then he broke up with me?

Here, we discuss common causes of why a man, in particular, leaves the woman he said he loved; what you can do to ignore such a misfortune happening to you and how to deal with such a thing (in case it has already happened to you).

Common Reasons Why He Broke up With You 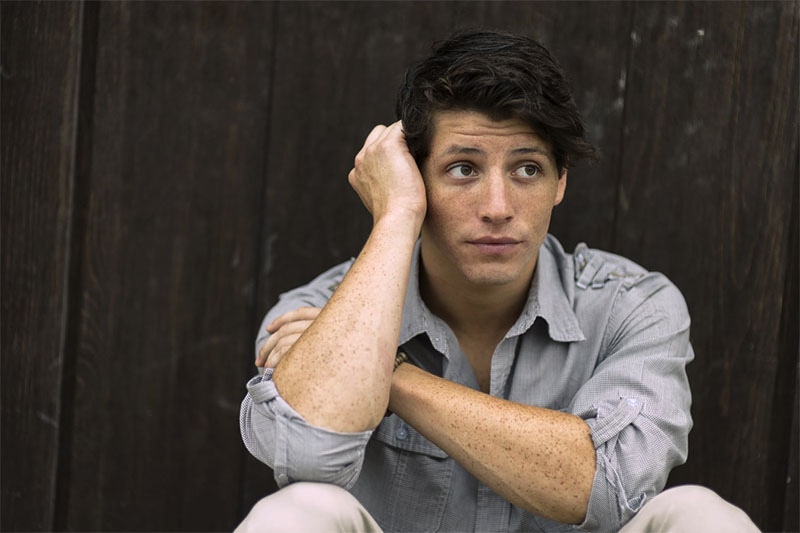 There are tons of reasons that can be attributed to him leaving you even after he said he loved you. Let’s look at some common ones.

More often than not, men might leave simply because they get bored with themselves.

Something that applies to people in general, though.

Even if he said he loved you, he may have become bored with the person he has turned into with you.

So, getting bored doesn’t always imply he got bored with YOU.

Boredom or not liking yourself is a sure-fire recipe for him to sever the bonds of intimacy.

And once that happens, leaving becomes but an inevitable choice.

He Feared To Lose His Freedom

It’s possible the pangs of love started to push on his thoughts of freedom. If he values this more than you, he may bolt.

He broke up with you despite telling you he loved you?

Chances are, he wasn’t the commitment sort of guy, to begin with. For him, love became the cage rather than the liberator.

It is best to take your time and find out what his true intentions are before you get serious.

He Was Intimidated By You

If you’re a successful woman, your success might have threatened him and damaged his ego, ultimately leading him to dump you.

In such cases, love doesn’t even get close to being a reason to stay to a man with a wounded ego.

He Just Wasn’t The One

The age-old adage, yet among the truest. If he wasn’t ‘the one,’ whether you believe in such a thing or not, nothing would have made him stay.

Furthermore, he might have fallen in love with someone else, despite his feelings for you.

Mistakes You Could Have Made 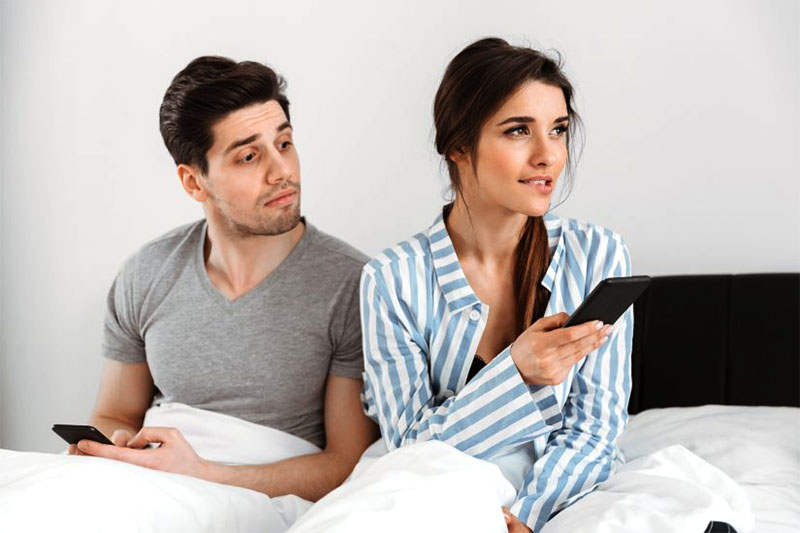 A failing relationship isn’t always one person’s fault. Takes two hands to clap after all.

We all make mistakes, and there’s nothing to be ashamed of. But owning up to them, now that’s something we all must learn to do.

There can be some on your part, too, which caused him to leave despite shared love.

Some of those reasons can be:

You Tried To Control Him

No one likes to be controlled.

Did you ever tell him what sort of clothes to wear…except all the time?

Was it the company of friends you forced him to change?

Or the places he likes to eat?

Control can take many forms. If you ever tried to control him, it might have been why he dumped you even after expressing he loves you.

You Took Him For Granted

All of us, no matter our age and lifestyle, tend to take those we love for granted.

Did you ever give him less respect than he deserved?

Or put his opinion in a box and shut the box tightly, never to be opened again?

Were you not there for him or didn’t support him enough?

Any of these can be the reason he broke up with you.

You Compared Him To Others

Imagine if your best friend compares you to a friend they had years ago.

Comparing your man with another—regardless of your relationship with the one being compared—is a grave mistake.

It can be a huge catalyst in driving him away.

Everyone is their own person.

After hearing enough of ‘my friend Dave at work, he’s funnier than you’ or ‘I wish you were more like my ex’ and so on, he’s bound to dump you.

Mistakes You Both Could’ve Made 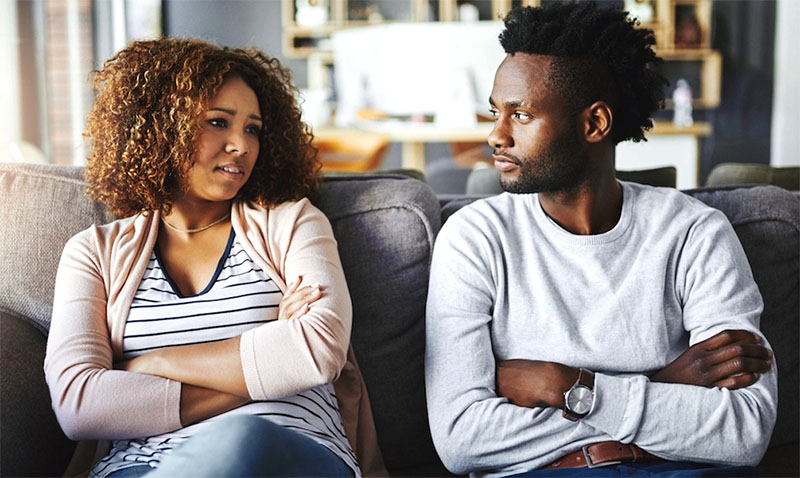 If he told you he loved you, but then broke up with you, it might also be due to reasons related to both of you, such as:

He might leave if both of you become so dependent on each other, there’s barely any room for individual growth.

Besides, a high level of codependence is harmful to both involved.

Opposites don’t always attract. Intellectual disparity, for instance, often leads to one person leaving the other.

Some degree of similarity is needed for both of you to work well together.

Being on a different page on almost everything might lead him to break up with you.

Love or no love, if the chemistry doesn’t work out—which isn’t that uncommon—it just becomes a dull relationship, one that might drive him away.

Even if the love and deep soul connection parts work out and the others don’t, it might not be enough for him to stay.

Sometimes, it might just boil down to this one, hideously commonly factor.

Either he cheated on you, or the other way around.

Both cases can lead to him leaving you. Not every relationship can go back to normal after either partner cheats on the other. 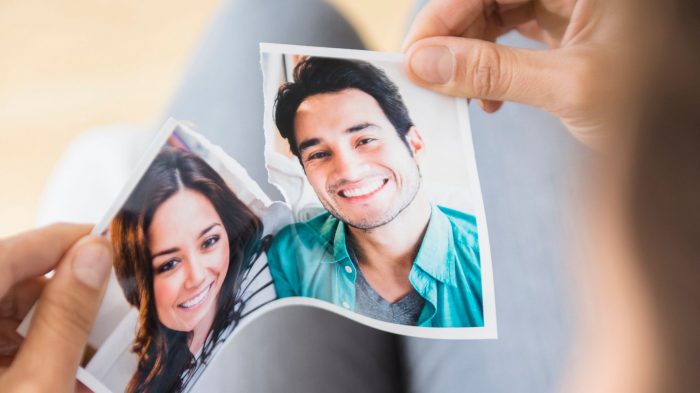 Is There a Solution To This?

Believe it or not, there is.

Every maze has a way out, doesn’t it?

Some of the reasons mentioned above might not come as a surprise to you.

Firstly, love does not always heal, save, or glorify. In fact, it seldom is the romantic illusion they have been selling in magazines, movies, books, and music.

And secondly, just because someone you love leaves, doesn’t mean it’s the end of the world.

Confront The Truth Head On

To deal with the first factor, try to come up with your version of love rather than society’s and see how it works well with another guy who has the same version.

If you’re lucky, both your versions might match, and you’ll have your personal Romeo and Juliet or Beauty and the Beast.

Sometimes why we take a defensive stance is because of our past insecurities.

Maybe, we’ve seen a lot of red flags in failed relationships, and even at a slight glimpse of their reoccurrence in our partner, we jump to criticize their behavior.

We continue to assume our partner will destruct in the same patterns “others” did.

Our staunch belief in this theory leads us to act erratically and uncharacteristically.

Therefore, it’s essential to develop an awareness of our critical inner self and stop it from aggravating a minor incidence.

Rebuild Your Trust in Love

The second thing is to use the space left behind to construct your towers and roads.

Grow in that space, instead of letting it be a birthing spot for self-blame, self-doubt, and fear from ever loving again.

It isn’t always your fault, remember?

You can’t always blame either yourself alone or him for breaking up with you.

Life is revealing in itself that way; you might not see the towers fall, but once they do, you see the cracks in the foundations.

If things don’t work out, exploring your inner self and doing things that make you happy is worth pursuing.

There is no need to sit around worrying about the reasons, true or not, it is what it is.

If he left you, give yourself room to heal and grow.

Guessing or stalking won’t do you any good, either. It’ll only keep your heart from falling in love again.

If you find history repeating itself—falling in love with another guy who discards you—find out a bit about men and how they behave.

Men and Women are different, the differences are beautiful and when we embrace them we can come together. 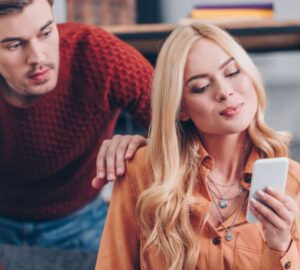 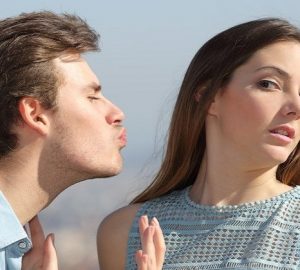