Your spirit animal can offer insight into the areas of your life that need your attention.

The mouse spirit animal reminds us that you don’t have to be big to have a huge effect.

The mouse is one of the most successful animals in the natural world. Everywhere there is food; there are mice.

They do this despite being small, fragile and on the menu for every predator in its habitat, proving that you don’t have to be big and powerful to succeed. 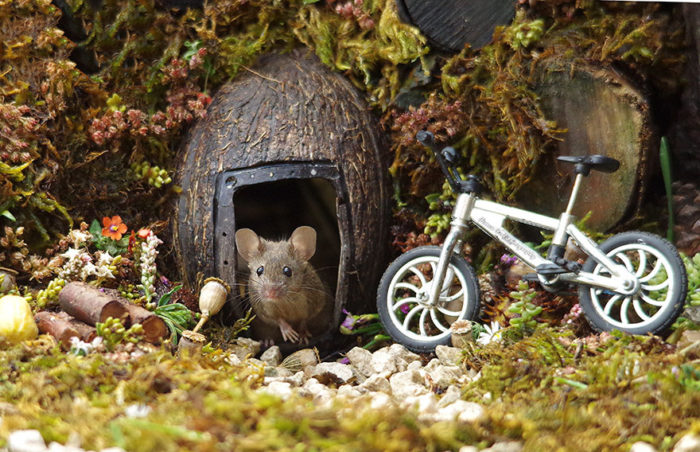 Your mouse spirit animal is encouraging you to make the most of what you’ve got.

In a challenging environment, it can be easy to see your situation as hopeless. However, if you put your mind to it, you can find a solution to your problems by spotting the opportunities that are hidden to others.

Opportunities are abundant for some people, but for others, they are few and far between.

For the latter, your mouse spirit animal urges you to seize any opportunity you can get.

Mice have managed to colonise the globe, and much of that happened as humans did. Everywhere humans travelled, mice hitched a ride – in the galleys of boats, in the back of carts and even in boxes of cargo!

Being successful in chasing your goals is all about a willingness to put it all on the line and risk failure for a shot at success.

It can be difficult to motivate yourself to take an opportunity when you’re feeling small. Just remember that everybody feels that way, then push past it.

Your mouse spirit animal is also reminding you that even the smallest of actions can have a significant effect on yourself and the people around you.

In the same way that a small animal like the mouse can wreak havoc in your home, a small act on your part can have dire consequences for other people.

You need to pay more attention to the things you say and do, and the effect that might have on other people.

For instance, a joke at a friend’s expense might seem harmless and innocuous to you, but you should stop and consider how that joke will make them feel before you say it.

It might not be so innocuous to them, especially if you have hit a sore spot.

There’s also a positive side. A word of encouragement or a compliment might seem like no big deal to you, but to the person receiving them, it can have a considerable effect.

You can make someone’s day just by telling them they look beautiful.

So while you should think about the big stuff, your mouse spirit animal is a reminder to pay attention to the little things, too.